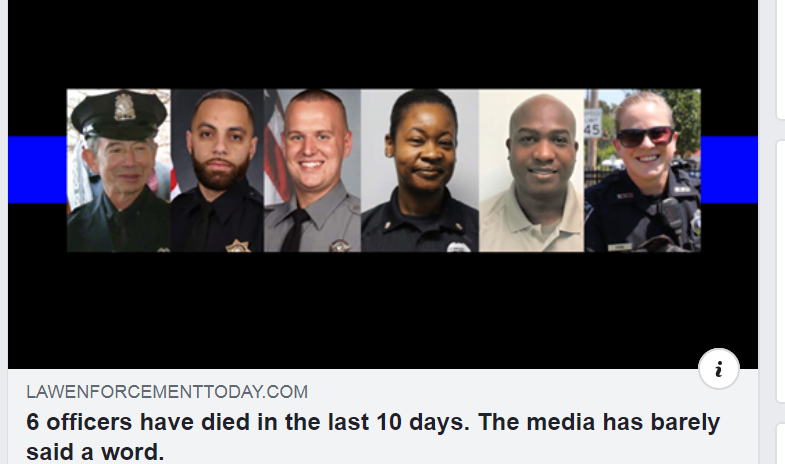 Dead police officers are not part of their agenda. 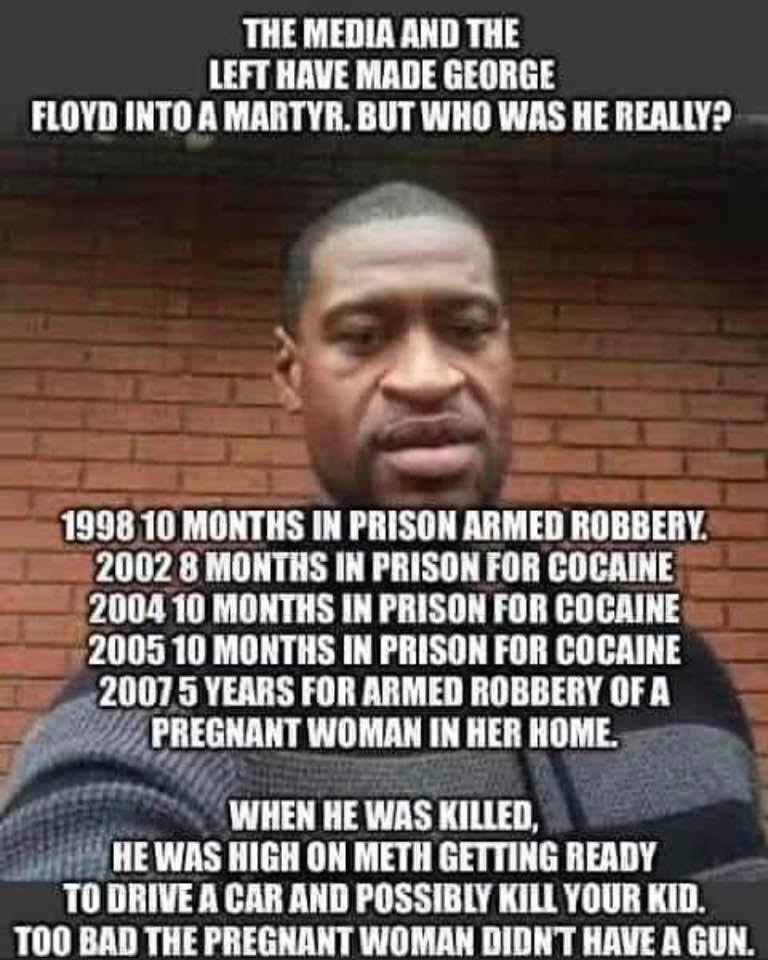 From a black police officer

I remember the countless times I canvassed the area afterwards, and asked everyone “did you see who did it”, and the popular response from the very same family members was always, “Fuck the Police, I aint no snitch, I’m gonna take care of this myself. This happened every single time, every single homicide, black on black, and then my realization became clearer.

"CDC admitted they messed up COVID19 infection counts and intentionally misled the public and have apologized, clarifying that the amount of people truly infected is much lower than what was originally reported -- an error so egregious it made the director of the Harvard Global Health Institute say “how could the CDC make this mistake? This is a mess."

The American Coronavirus Task Force also admitted to fudging the National COVID19 death count when Dr. Birx said the deaths are people who died “with” COVID19 not “from” COVID19, thus making the real death count much lower than what is currently being reported.

Dr. Anthony Fauci admitted masks won’t help against the virus and mask manufacturers are now including warnings that their products do not deter COVID19.

Fauci also said that continuing to close the country could cause irreparable damage.

CDC backtracked their initial claim that led governors to shutdown their states & clarified that COVID19 does not spread easily on surfaces.

Governor of New York Andrew Cuomo confirmed a recent health study showing that 70% of new infections actually originate at home, thus making stay at home orders one of the most dangerous mandates currently in place.

Trump stopped funding the WHO and threatened to cut off money permanently until they can prove they are no longer corruptly influenced by communist China after they lied to our country about human to human transmission of COVID19 in January.

The curve is flattened, the CDC, WHO, Dr. Fauci, our governors, and many more were completely wrong about the potential threat of this virus.

Pretty damn sad what's been allowed to happen and how easily the sheeple are led by the lamestream media. Actually you can fix stupid. In Philadelphia looters tried to break into a a gun store and warehouse. Security doors were well done and crowbars and bricks were not enough to get in. The store owner assumed they would be back....he was correct ....the next night they came back with bolt cutters....they got the door open and came in. The owner.....who is a gun trainer for the Police...was standing at the top to the steps with an AR15....the perp made a really stupid mistake....he pointed his weapon at the owner.....stupid was fixed ....he'll never do breaking and entering or threaten someone with a gun again

Floorist said:
Actually you can fix stupid. In Philadelphia looters tried to break into a a gun store and warehouse. Security doors were well done and crowbars and bricks were not enough to get in. The store owner assumed they would be back....he was correct ....the next night they came back with bolt cutters....they got the door open and came in. The owner.....who is a gun trainer for the Police...was standing at the top to the steps with an AR15....the perp made a really stupid mistake....he pointed his weapon at the owner.....stupid was fixed ....he'll never do breaking and entering or threaten someone with a gun again
Click to expand... 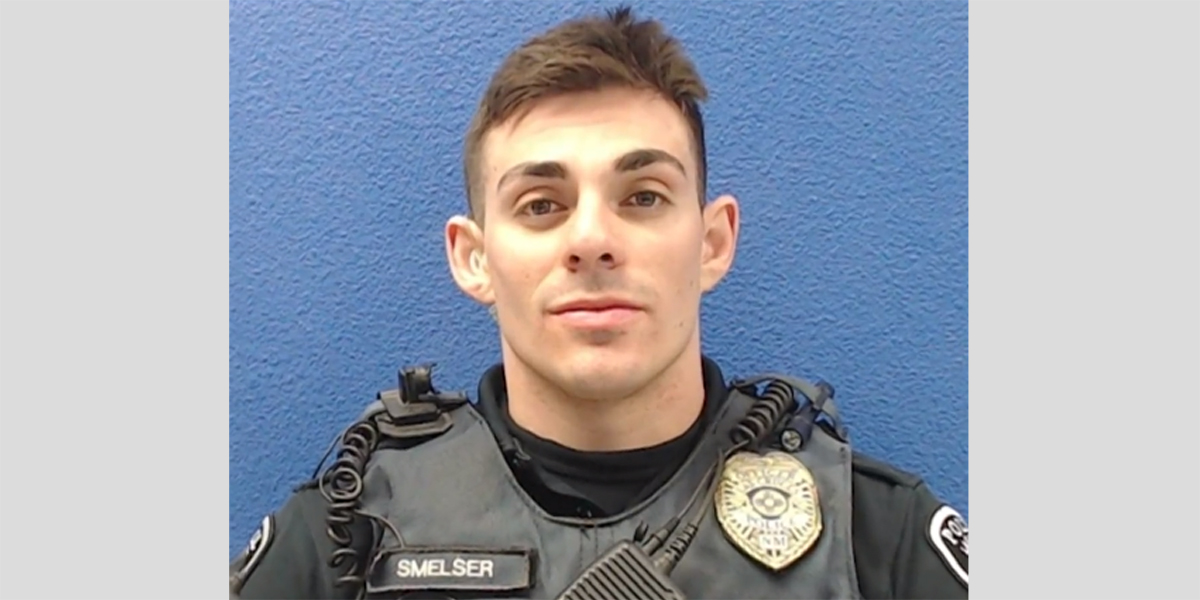 "I'm going to f*** choke you out, bro," the New Mexico police officer can be heard saying.

The guy was wanted for a parole violation. So high on meth that being stunned twice had no effect on him and was reaching for a weapon. Hopefully he won't get elected. 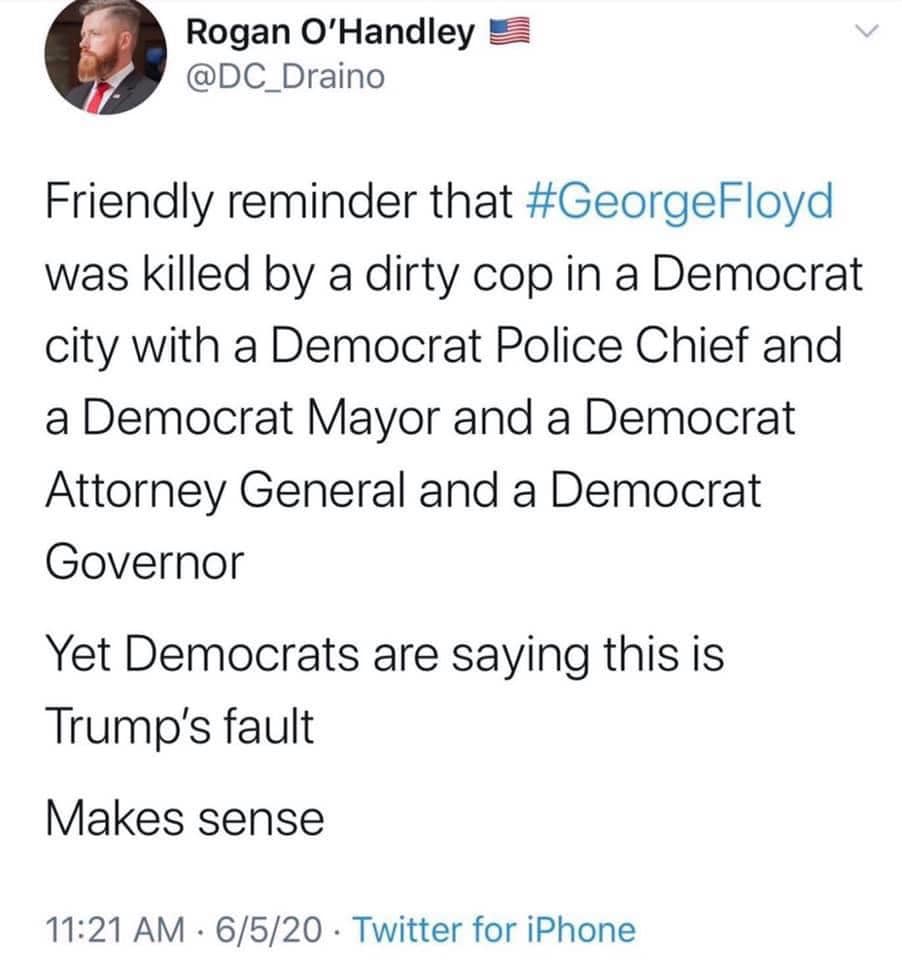 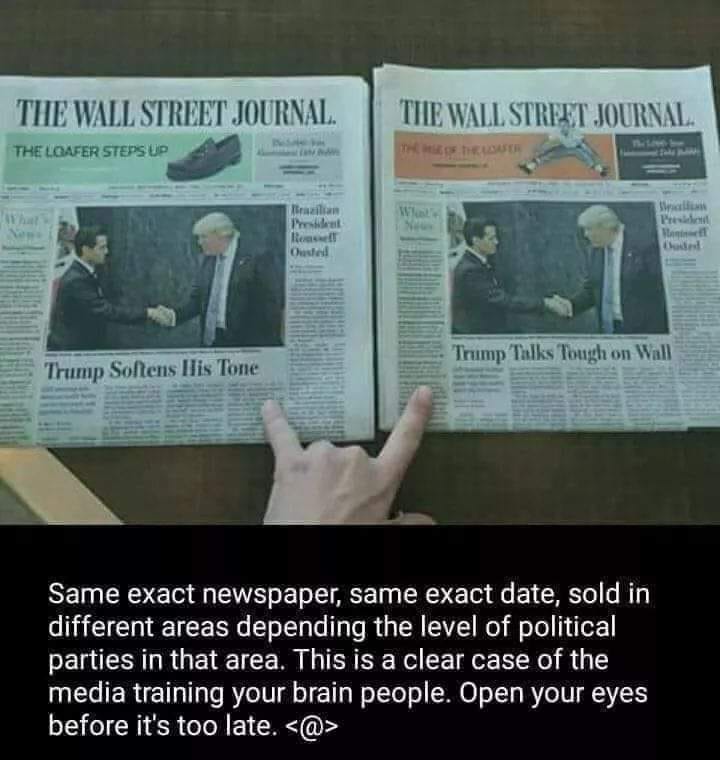 Let's back up a bit. Today is Sunday, June 14th, 2020. Our family went to church as we do every Sunday. After church, we ran to Walmart in Grove Oklahoma. This is not unusual for our family, in fact, this is almost always a weekly trip. Someone has forgotten something and we zip over to Walmart and pick up what we need.
Today changed that for our family. We will never return to Grove Walmart or any other Walmart. While in the store a message repeatedly played over the loudspeaker. This message stated that Walmart understands white privilege exist and supports Black lives matter. It went on to say how they support the black community and acknowledge the injustices committed by the law enforcement agencies. I watched my nine-year-old son whip his head around and the light goes out in my husband's eyes. We decided to leave the store. My husband was just going to leave and not say anything to anyone. But I had to show my son that his father was a good man and that sometimes we have to stand up for what is right.
I asked our check out person if she would please get a manager for us. She said why maybe I can help. I said no please just call a manager. She refused. She looked at my husband and asked him to tell her why I wanted a manager. My husband replied that the message on the speaker is directly against his line of work and that it was not friendly towards the police department. She responded with I am no longer comfortable speaking with you. He said that is fine but you asked what was wrong so I told you. She said I did ask but I no longer want to know. I said that it is fine could you please call the manager my husband and I would like to speak with the manager. He is a police officer and would like to address this issue. At this time she said that she would not serve us at all because he was a police officer and she just walked away. She left us with half of our order rang up. I looked at the lady behind me with tears in my eyes and she told my husband thank you for your service.
Some other checkers came and finished the purchase. A few minutes later two male employees came up. The manager asked what happened. When we told him he said that she had the right to not serve anyone. My husband agreed with that. My husband told the manager that he didn't expect Walmart to back Blue lives but he did think of the very least for impartiality. The manager proceeded to tell us that corporate feel like there are more black people than law enforcement and that money is more important to the corporation than law enforcement and their families. He said this was Walmart's corporate policy.
I asked the man so Walmart is not going to support law enforcement officers at all? His response was no not as long as they were making more money from the people in this movement. So this tells me that they only care about money.
The manager said that people at corporate make the decisions and they have to play the message. Another officer came up and showed his badge asked about the broadcast and we told him about how we were treated and that Walmart corporation feels that law enforcement can be refused service just for being police officers his face registered utter shock.
My son was devastated. We were treated like criminals. My husband was devastated. This is what These black lives matter and defund the police is causing. This is not okay.
I am a proud LEO wife, I am proud of my husband. My husband may save that lady someday but still, she will hate him.

Hopefully that will piss off enough people that she won't be reelected.

Barrie said:
Hopefully that will piss off enough people that she won't be reelected.
Click to expand...