I have a customer who wanted some work done, which all spiraled out of control and it turned into a 5 month project.

79 CJ5
Newly rebuilt 304, but never started. He wanted a painless wiring kit installed, engine ran and broke in, spray on bedliner for the interior, new seats, and plethora of smaller items.

The interior needed stripped because it had undercoating sprayed on it, otherwise the bedliner would lift the undercoating. The owner also wanted more leg room (belly room) so I inverted the front of the wheel wells 10". I integrated the rear mounting of the seats between the roll bar. The tub was busted and cracked all over so I had to repair that.

My hired man worked on the wiring mostly and we double teamed the engine connections and such things under the hood. The MSD distributor was DOA out of the box. It had been a long time since it was purchased so there was no warranty. Instead of spending about the same to repair the MSD we go a Pertronix Flame thrower. 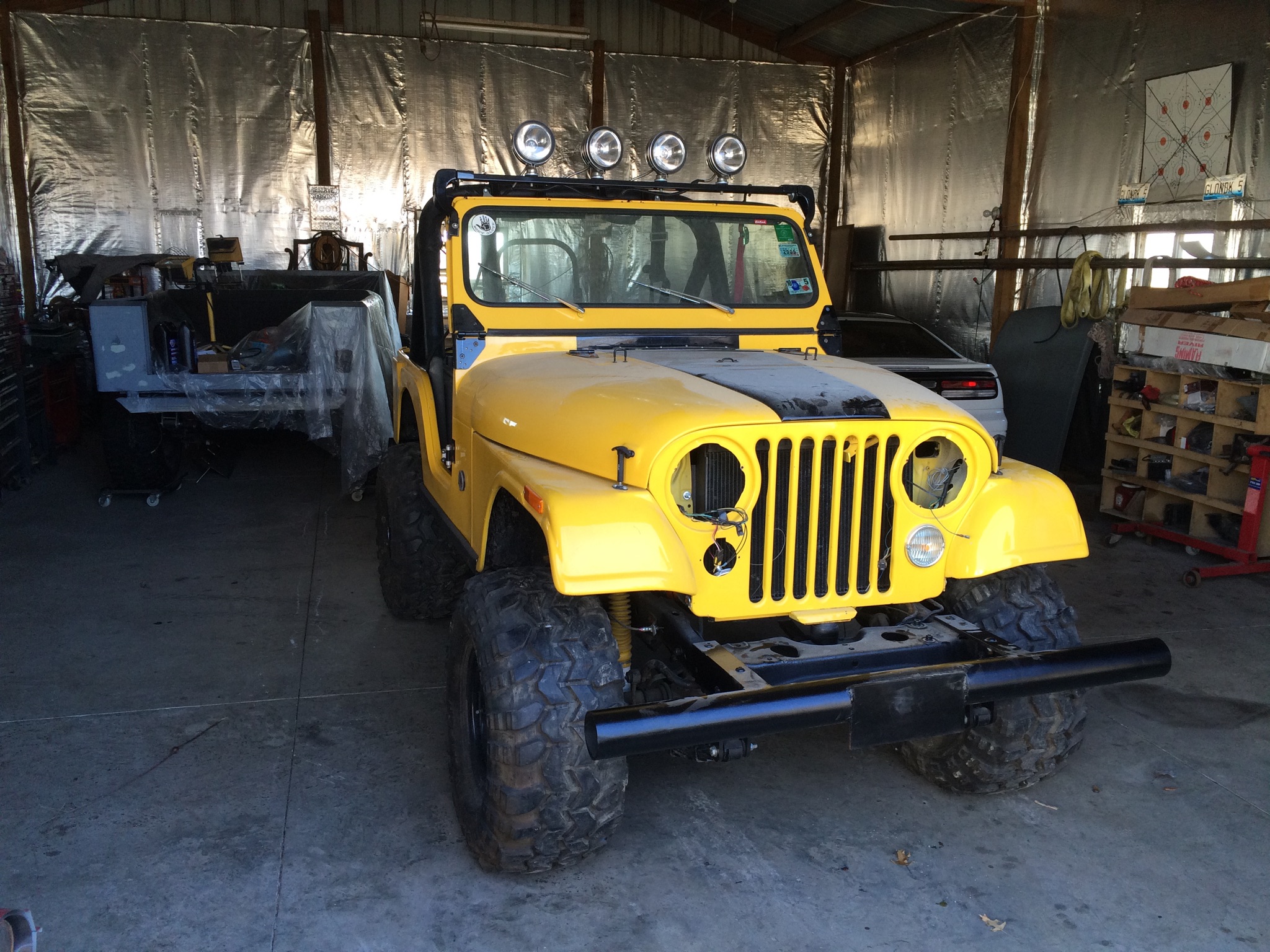 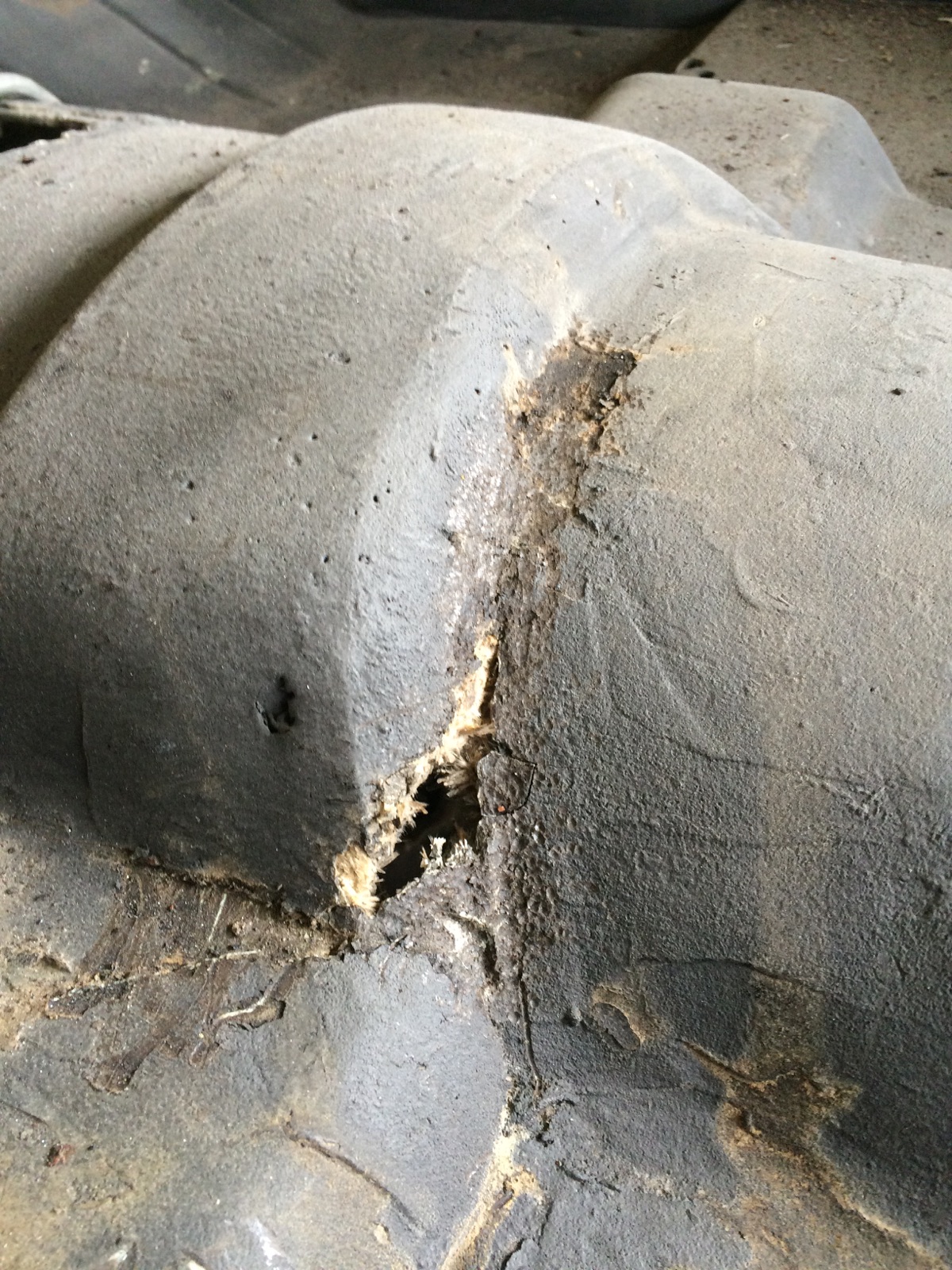 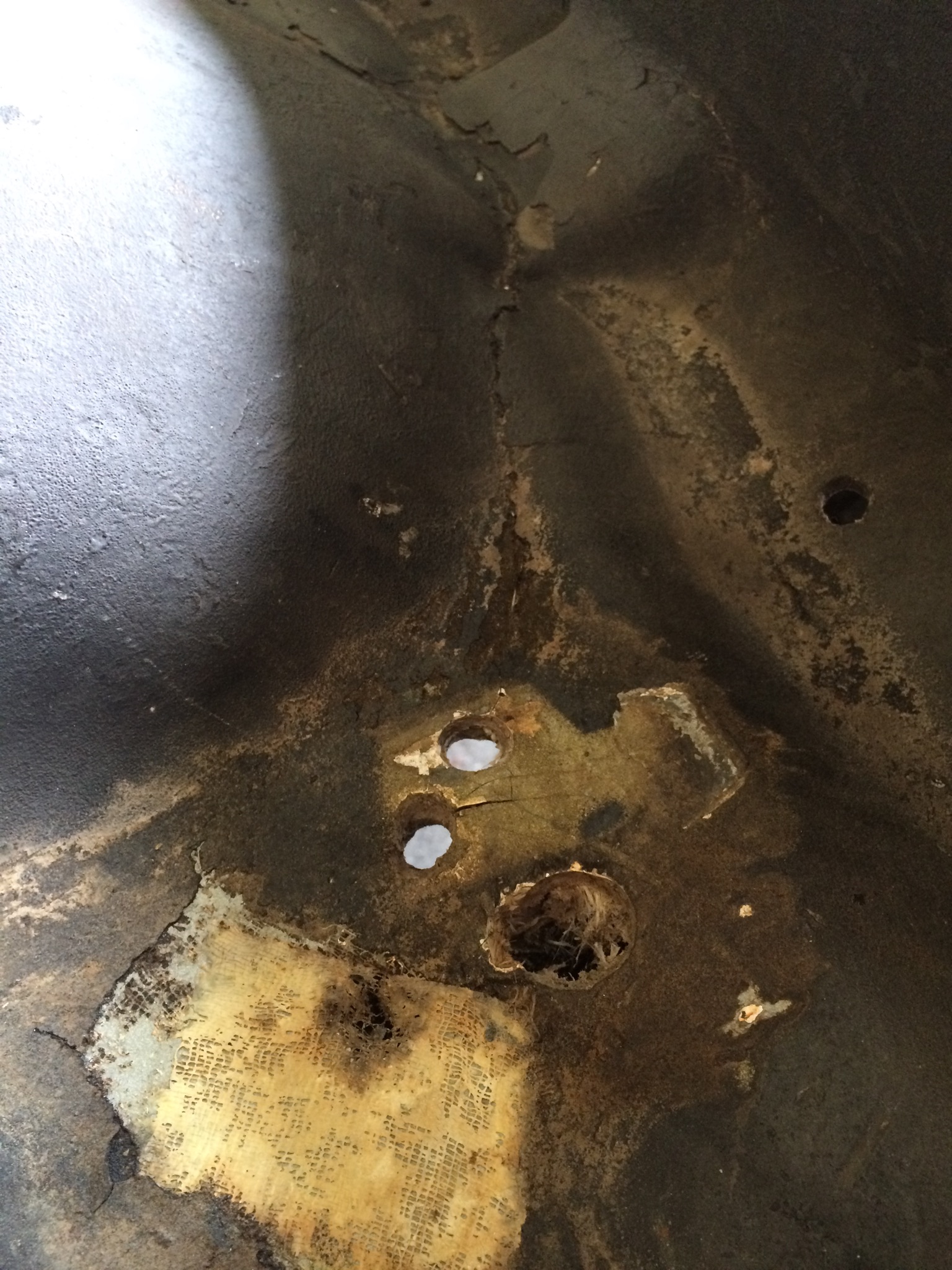 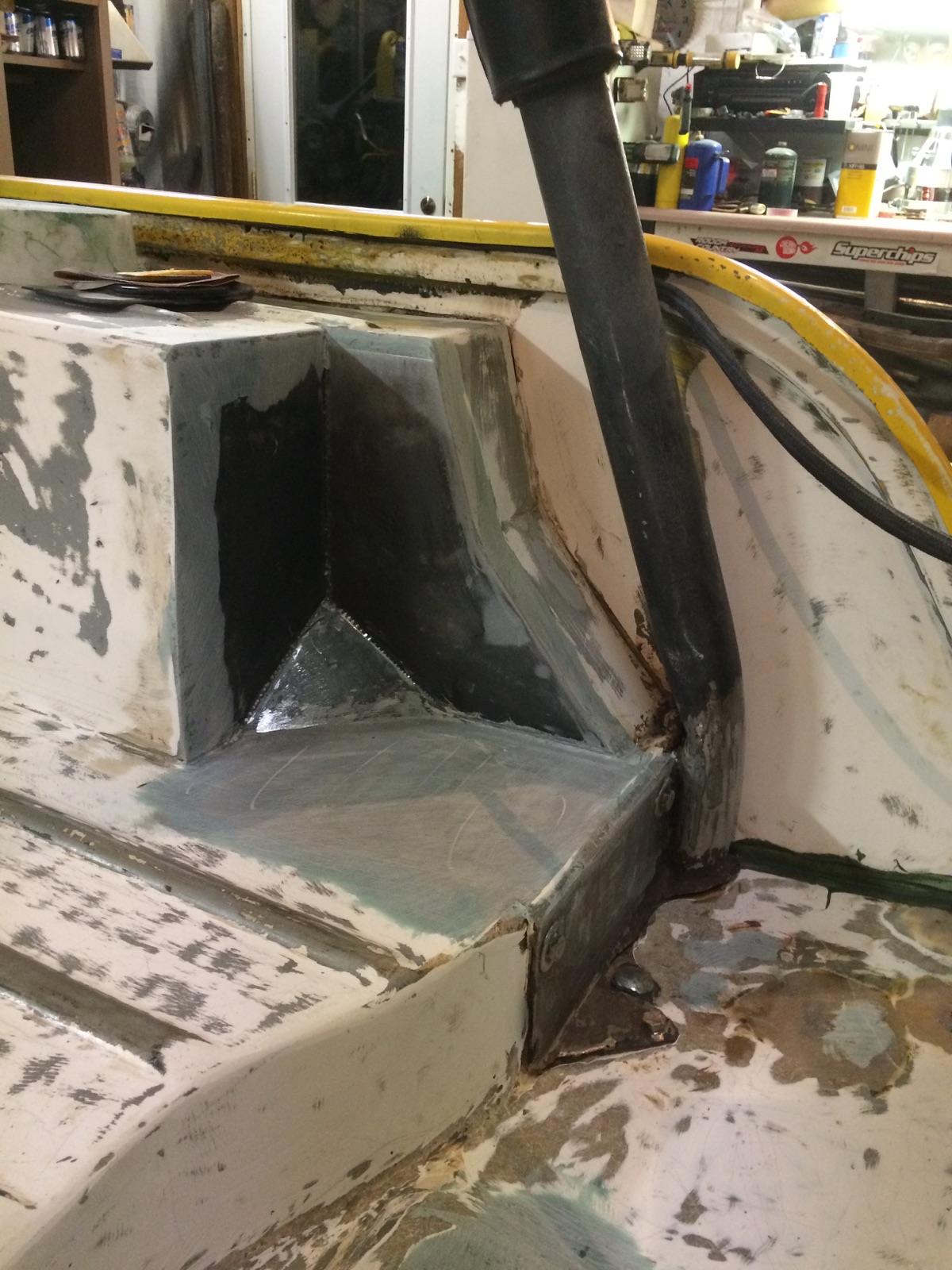 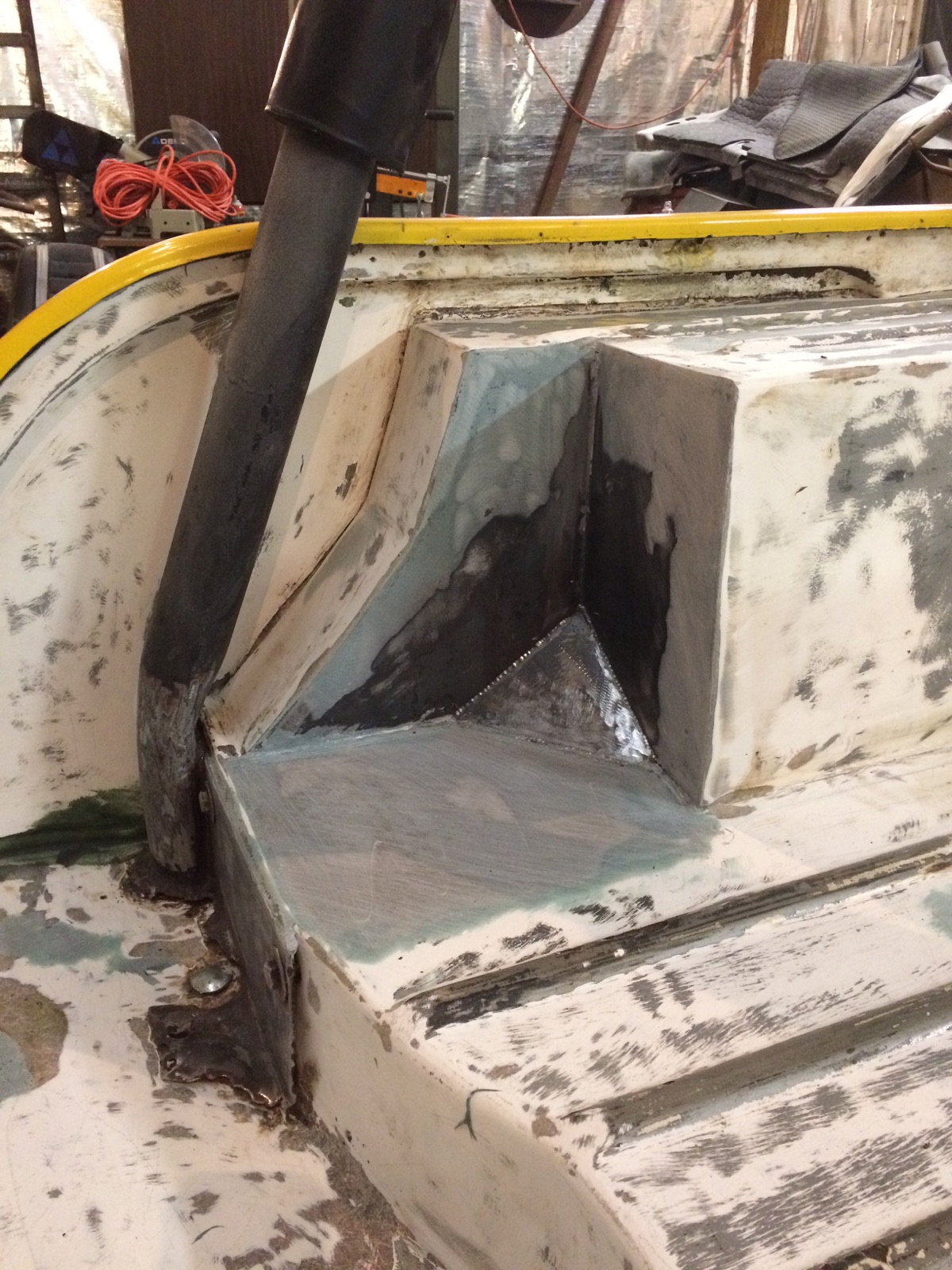 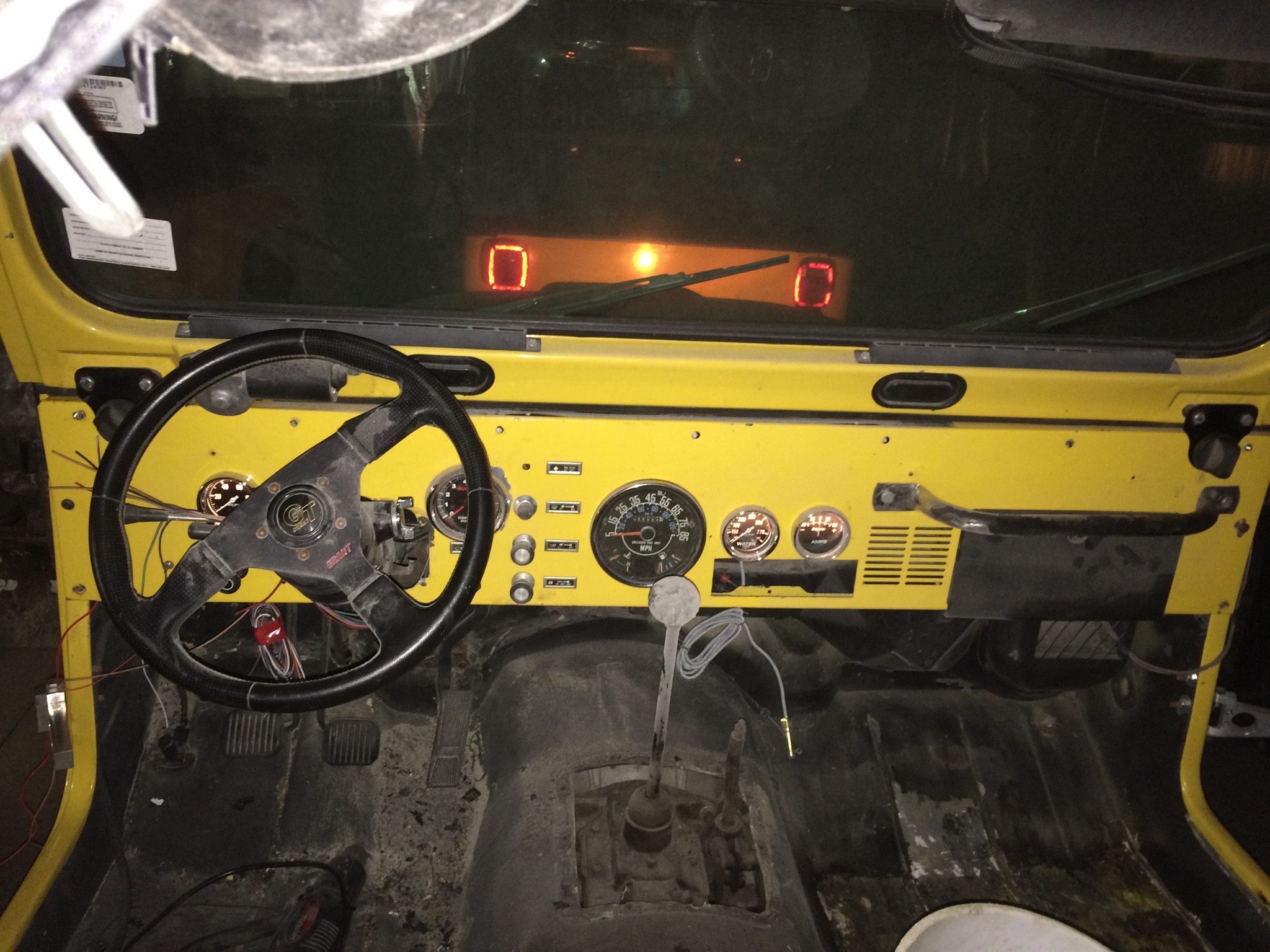 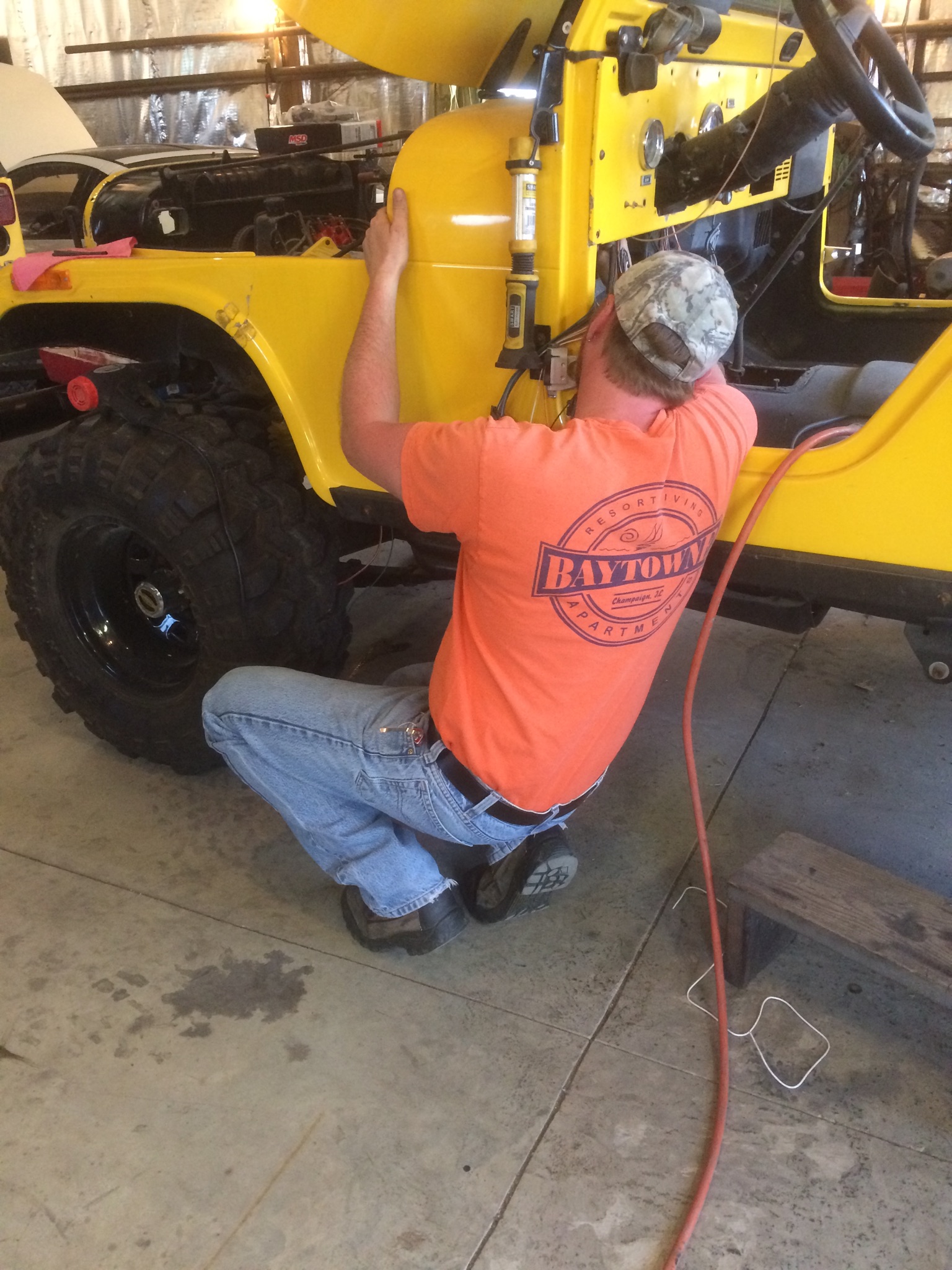 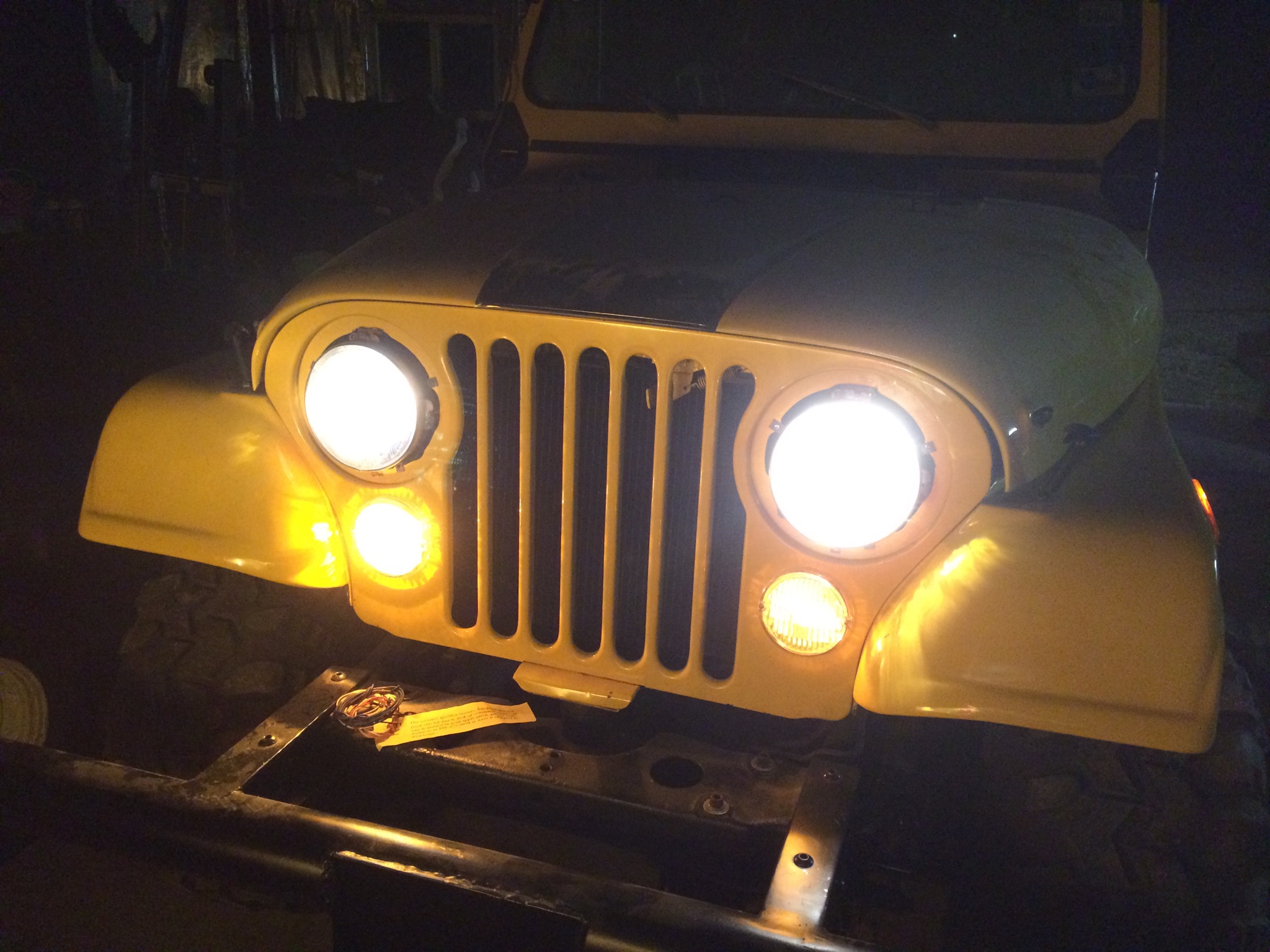 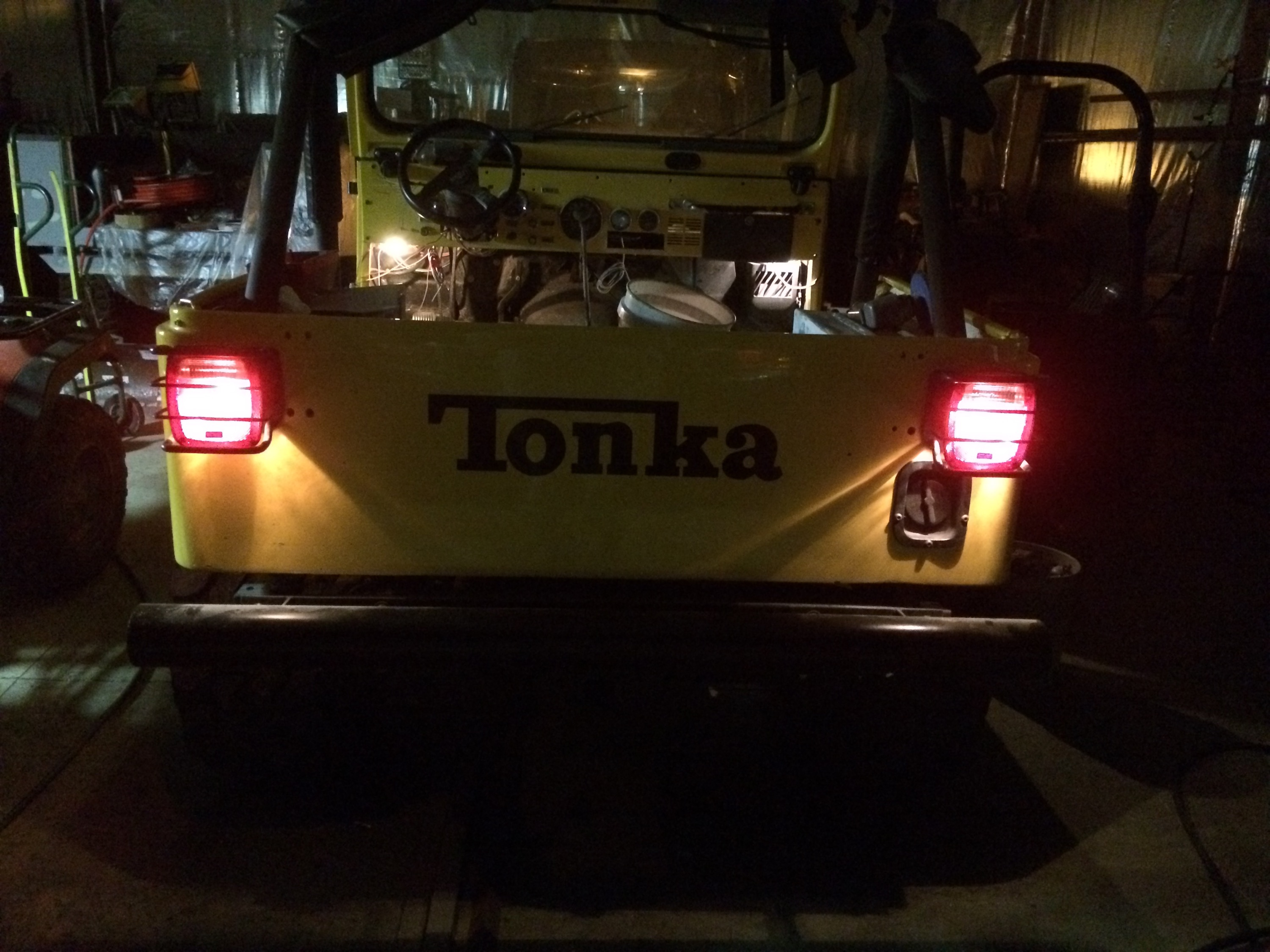 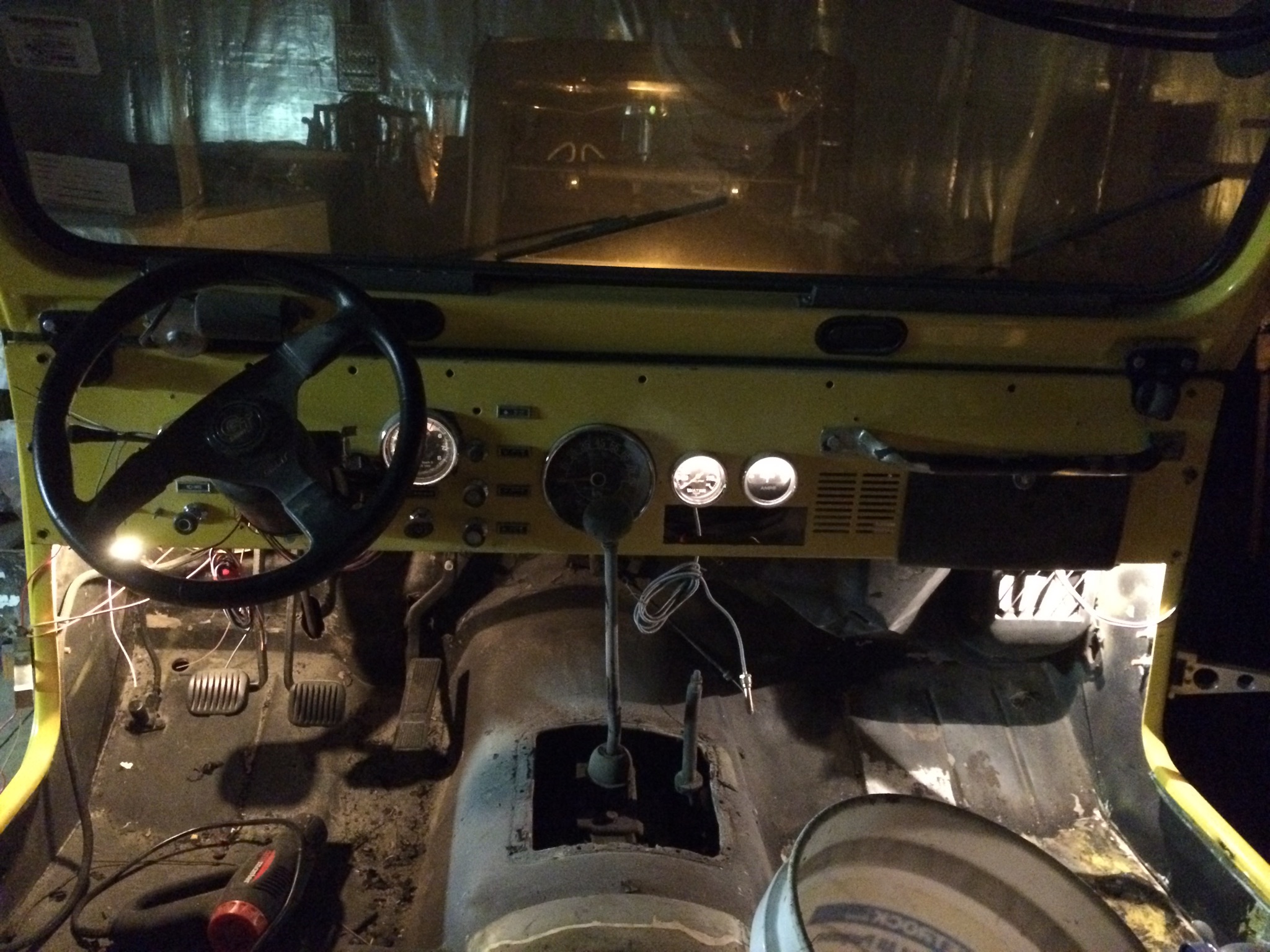 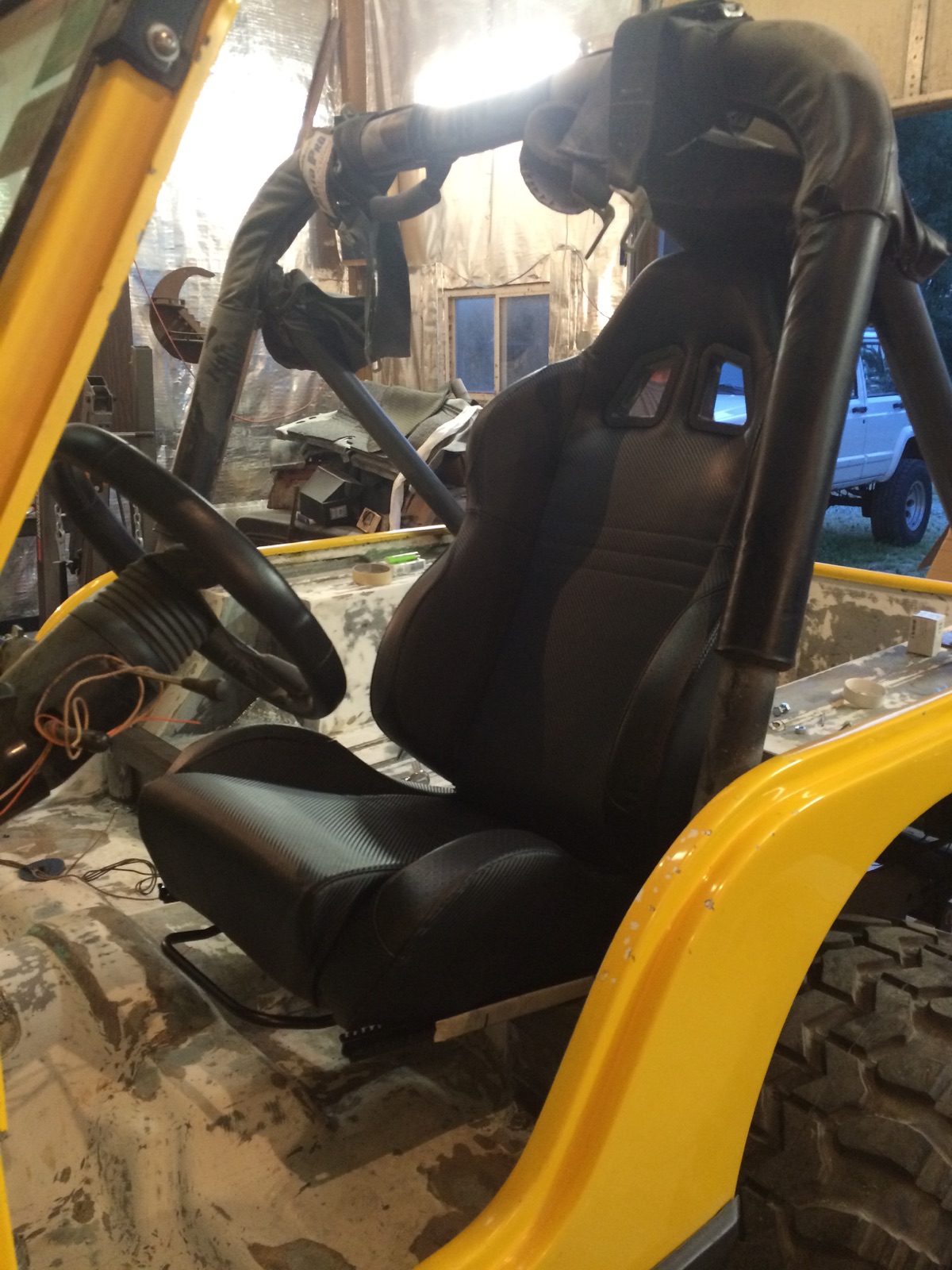 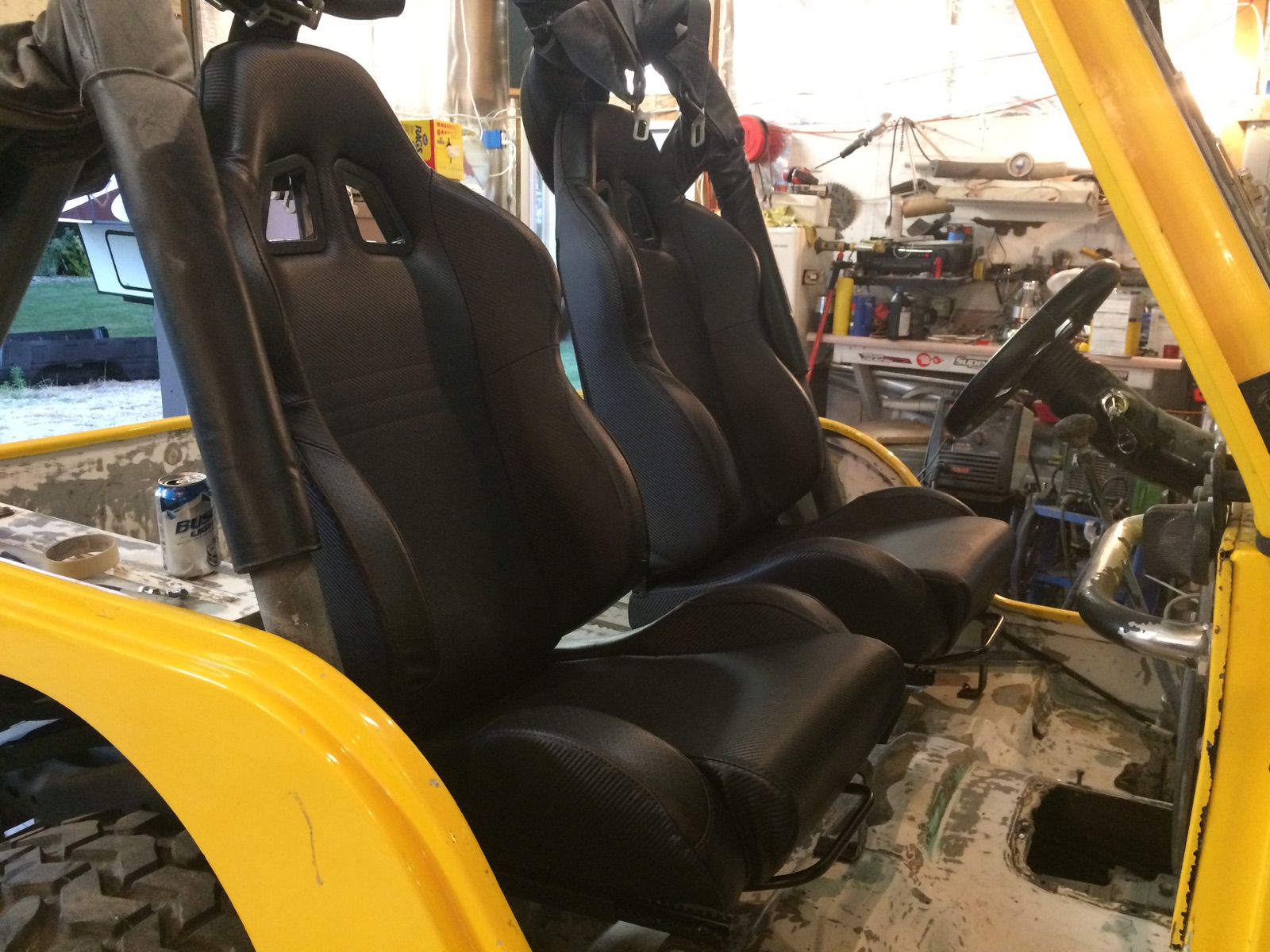 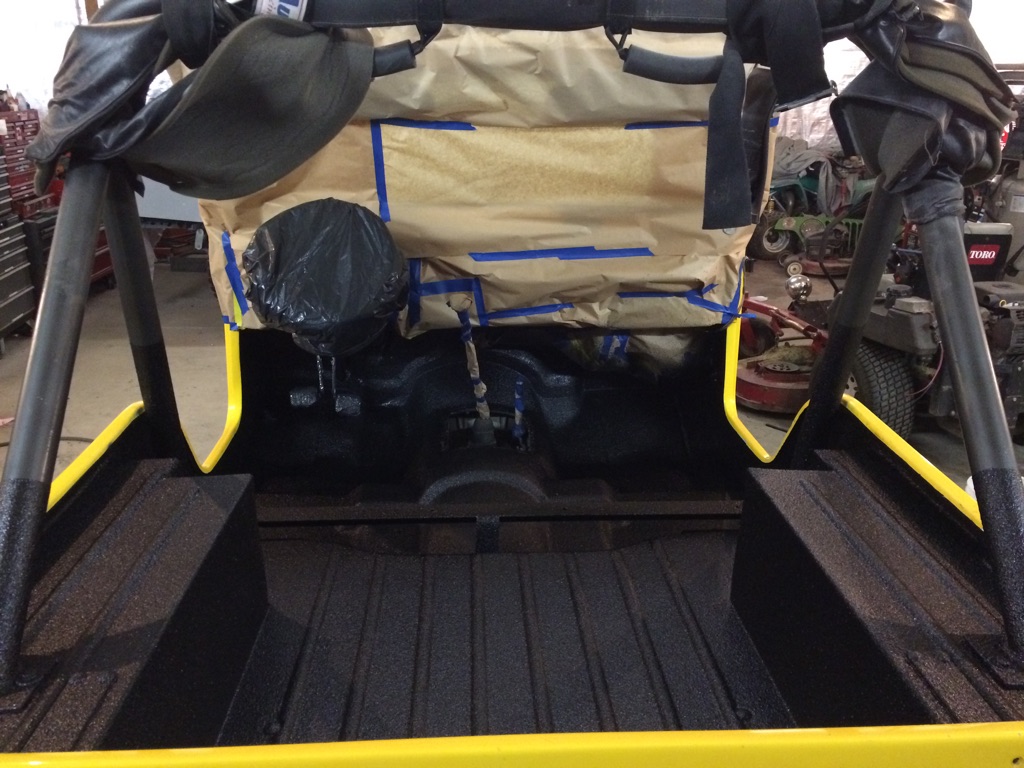 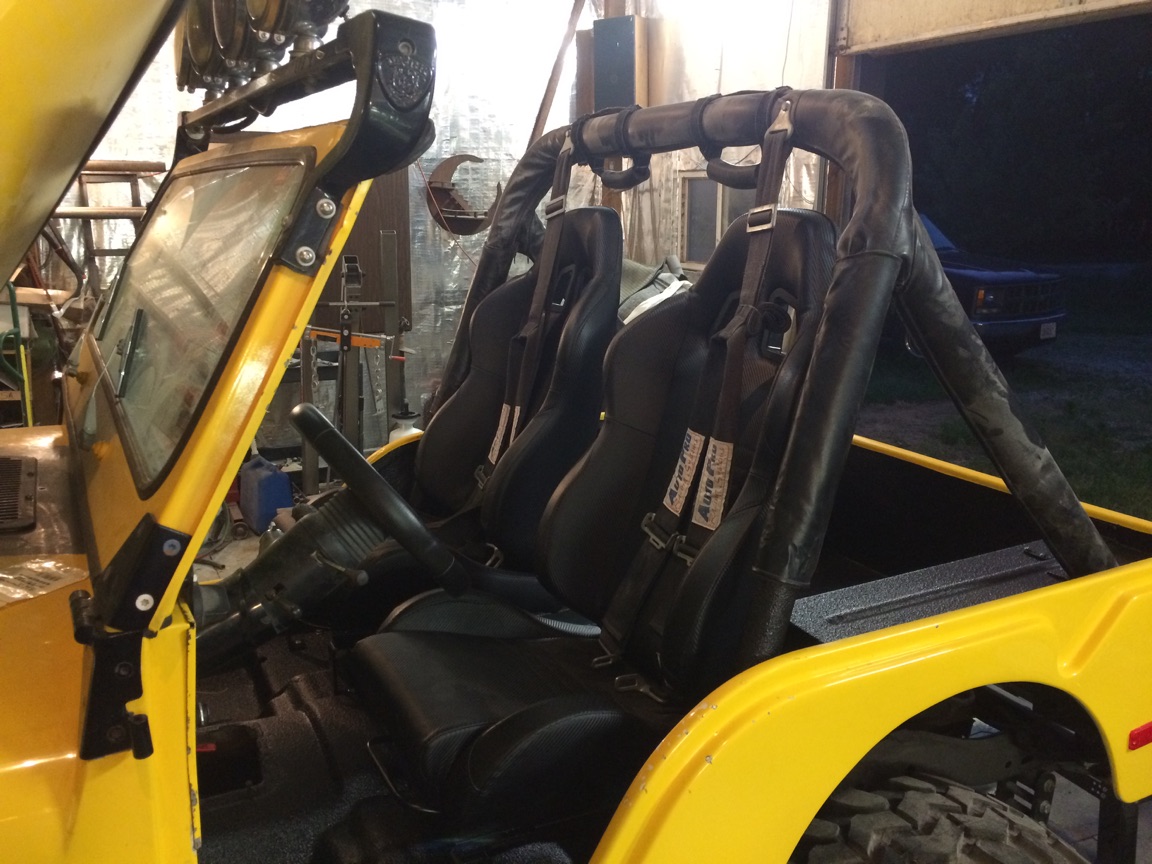 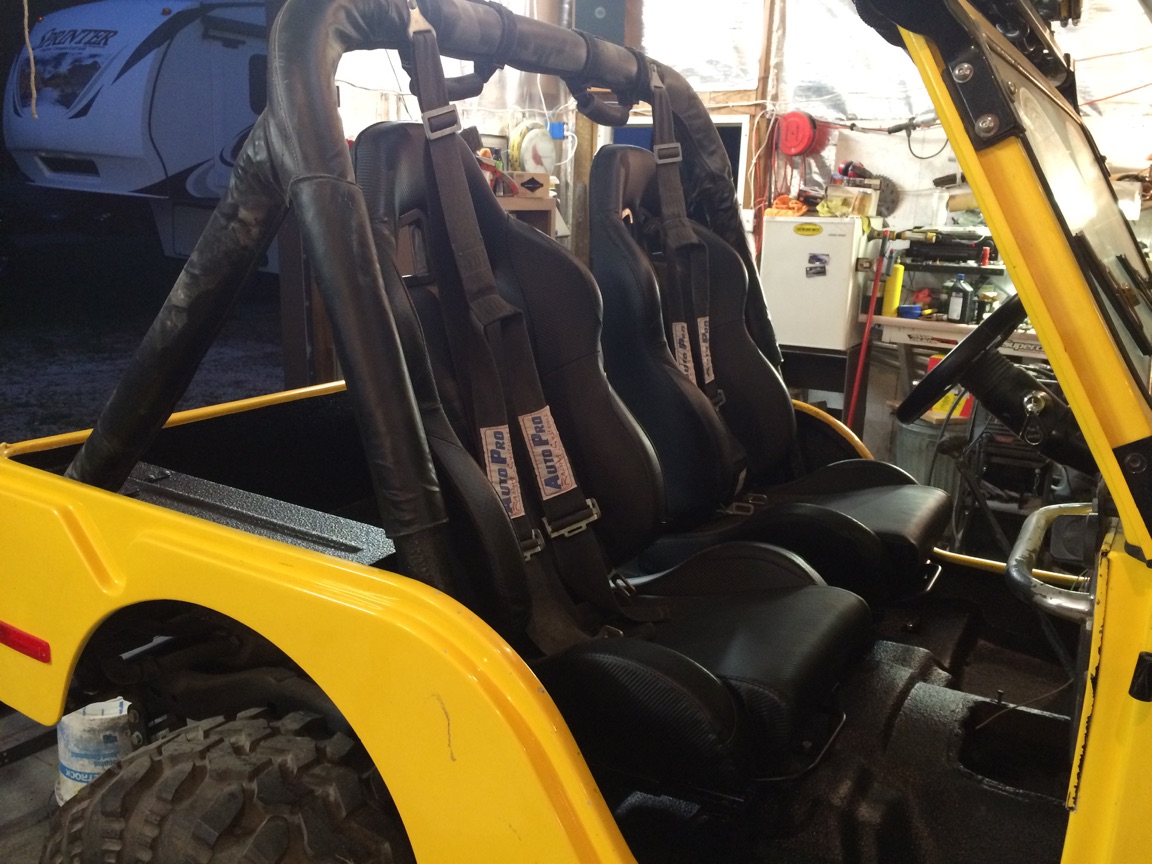 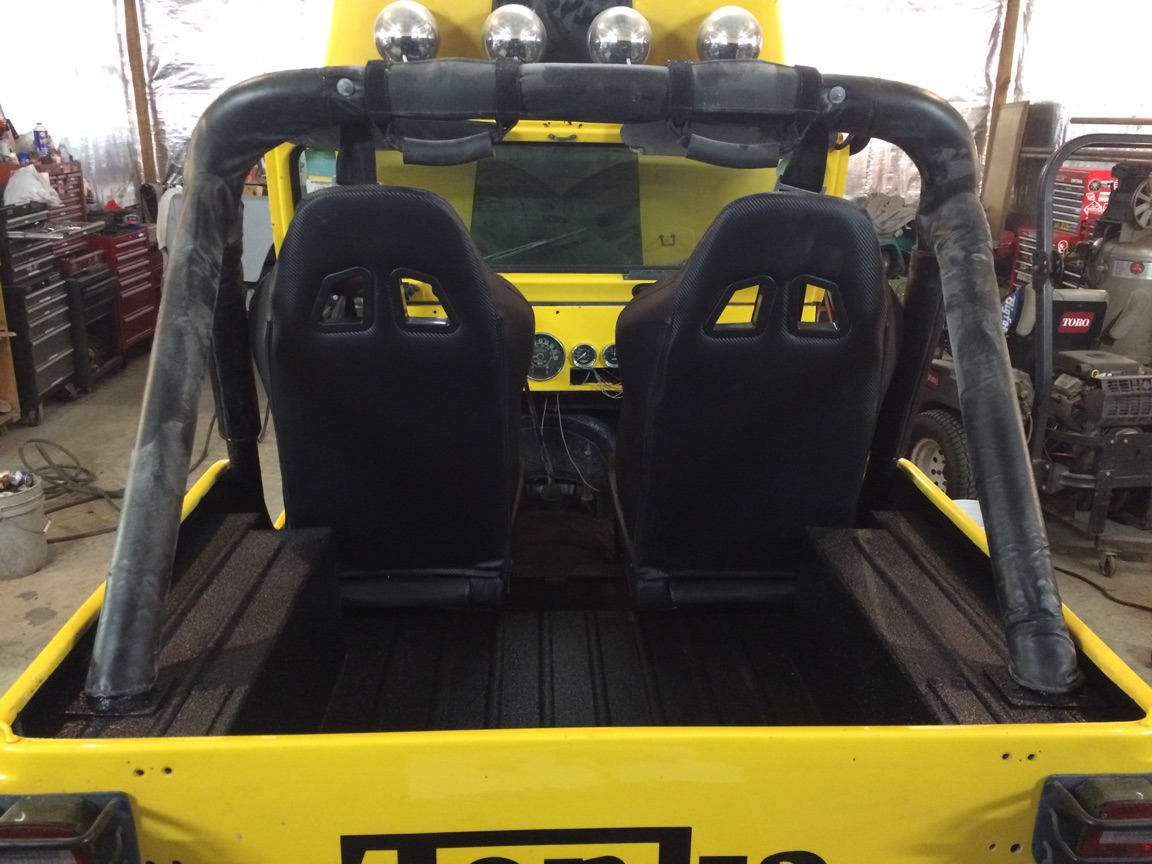 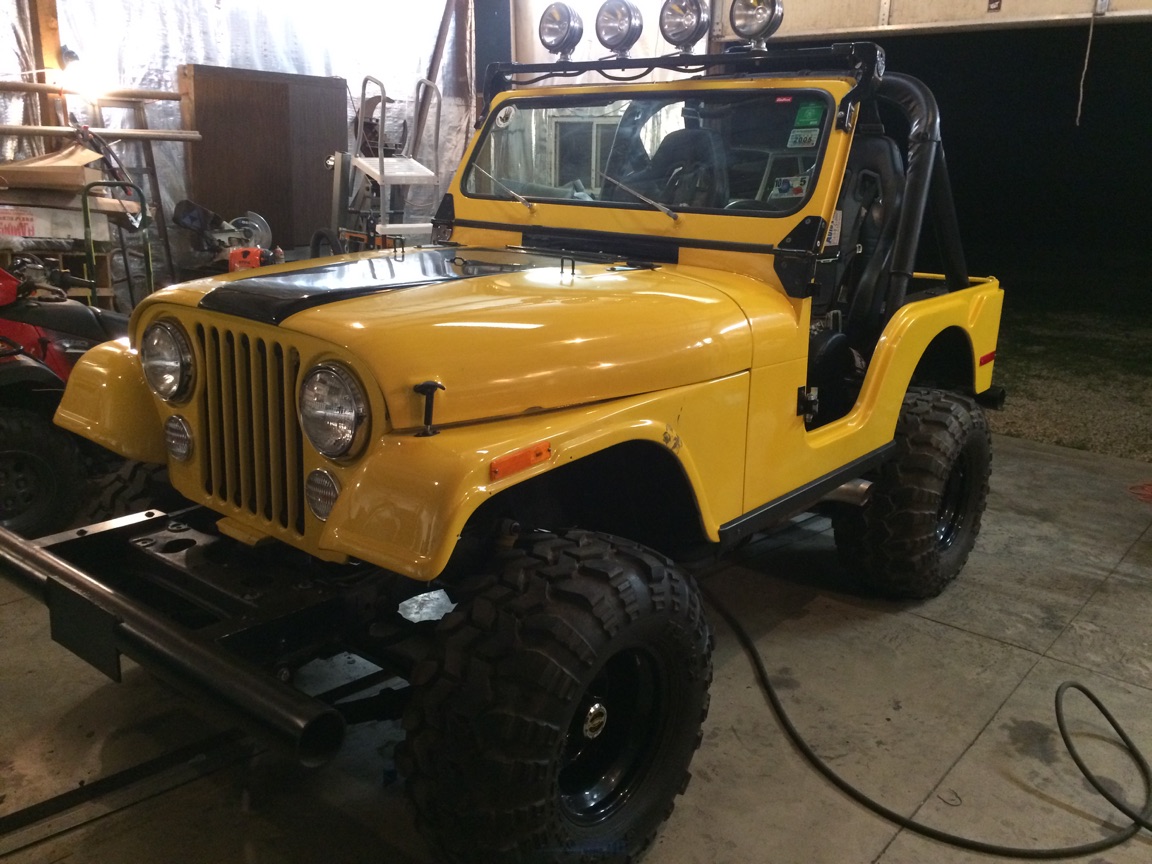 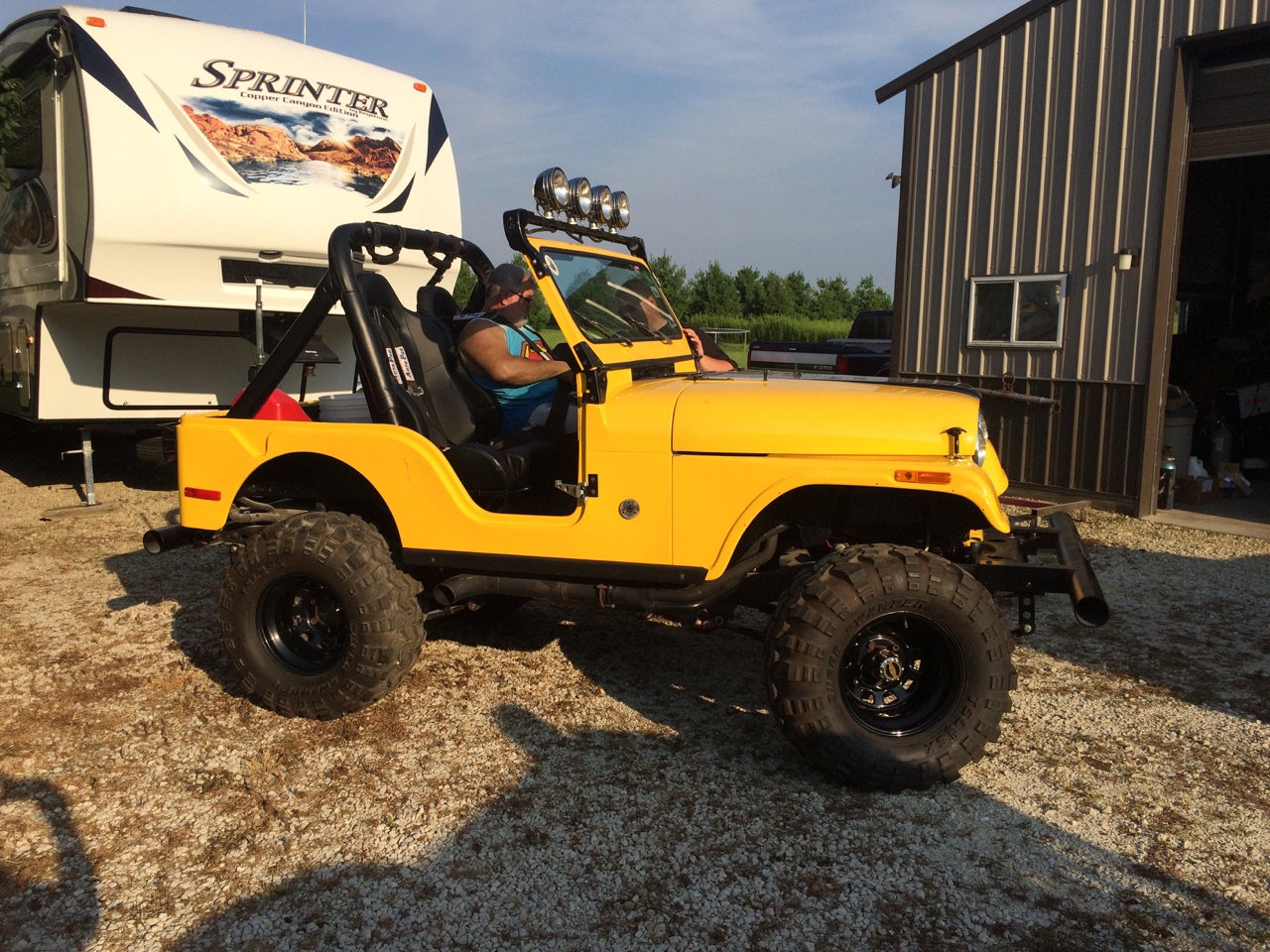 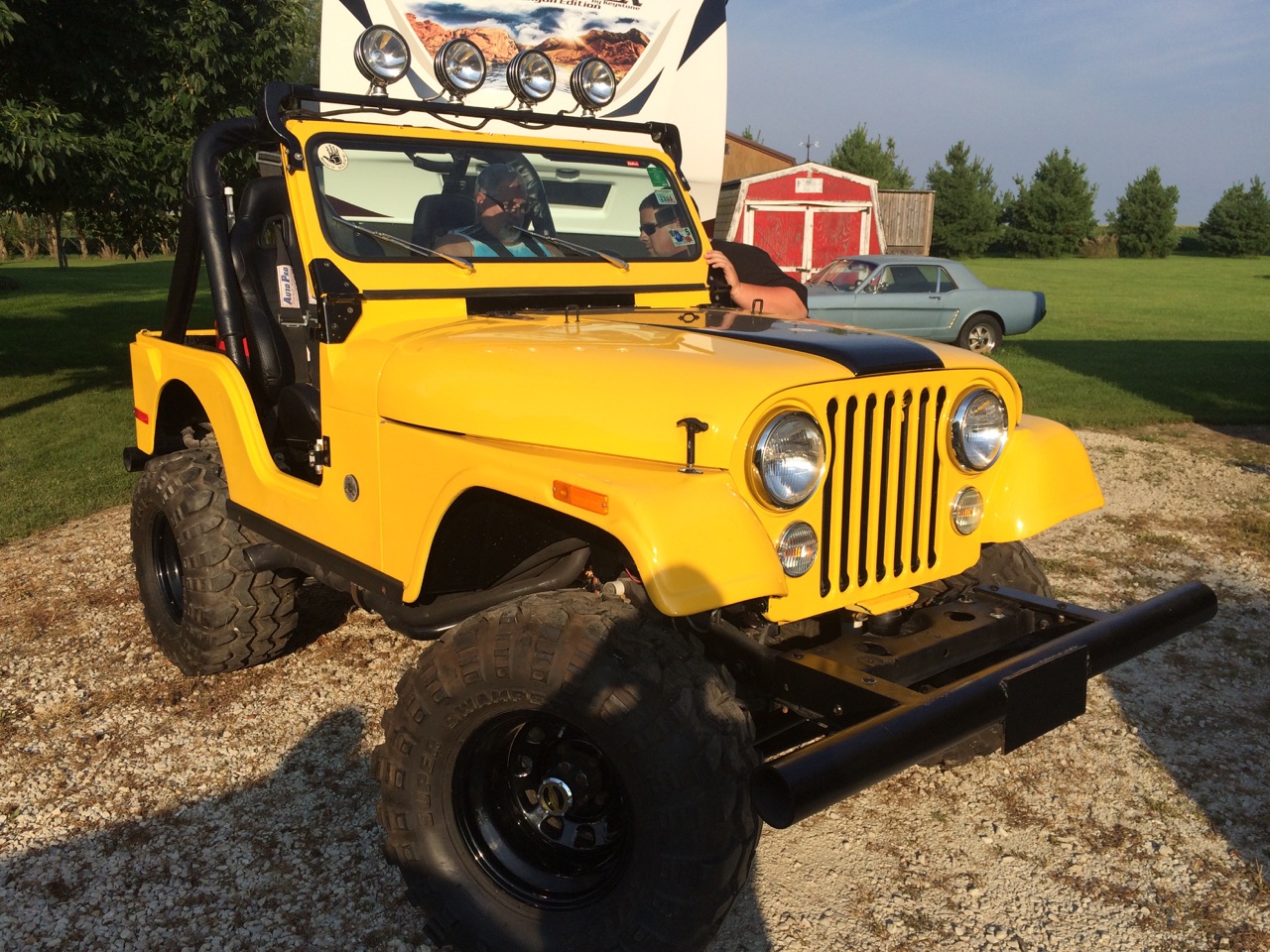