I am back. I haven't been on lately because I have been dealing with another major setback. apparently that screw that got dropped into my intake did more damage than initially suspected. I was doing some tuning, and the truck was running awesome so I decided to take it out and go on a fairly long test and tune run. well the engine started running really rough. I limped it home, and found there was a new knock in the bottom end, and number 8 cylinder would quiet it if I pulled the spark plug. anyway long story short, I ended up having to pull the engine and send it back to Blueprint. it caused a lot of damage as you can imagine. I called Blueprint up and asked them about it, and without dropping a beat they had me bring the engine to them. fortunately its only a couple hours from me so I loaded it up and drove it over to them. they tore the engine down and determined what had happened.

I asked how much it would cost to have it repaired and they told me that it would be rebuilt under warranty. I explained this was obviously something I did and not the companies fault, their response was "everybody gets one" it ended up having a cam lobe wiped as well as the cylinder and head damage. it took a while because they are struggling with parts deliveries just like the rest of us, but I finally got the engine back last week and dropped it back in. I did a few things to try and clean up the engine compartment while it was out. like replacing the heater hoses with a foxbody mustang hard line. I never liked the way it looked with the way I had the rubber hoses run, and I reworked some wiring to clean it up a bit, 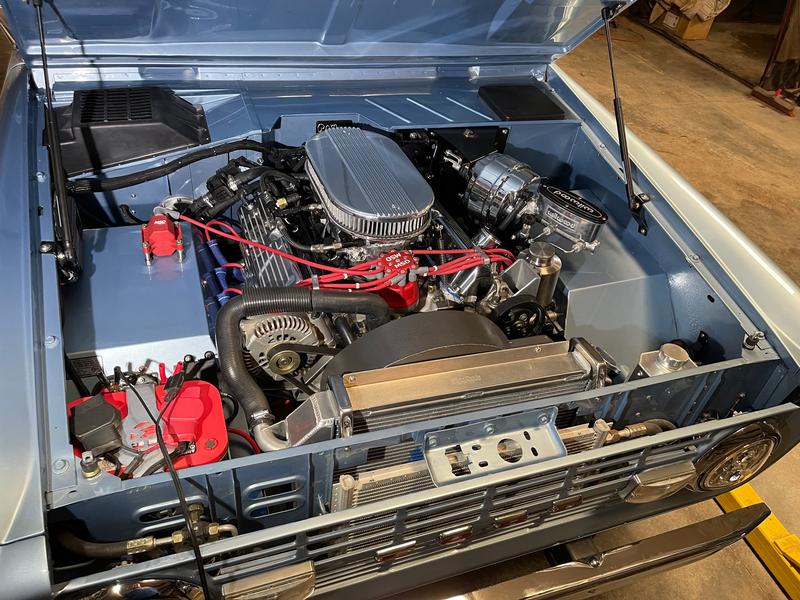 I also added a fire extinguisher, because, you just never know. 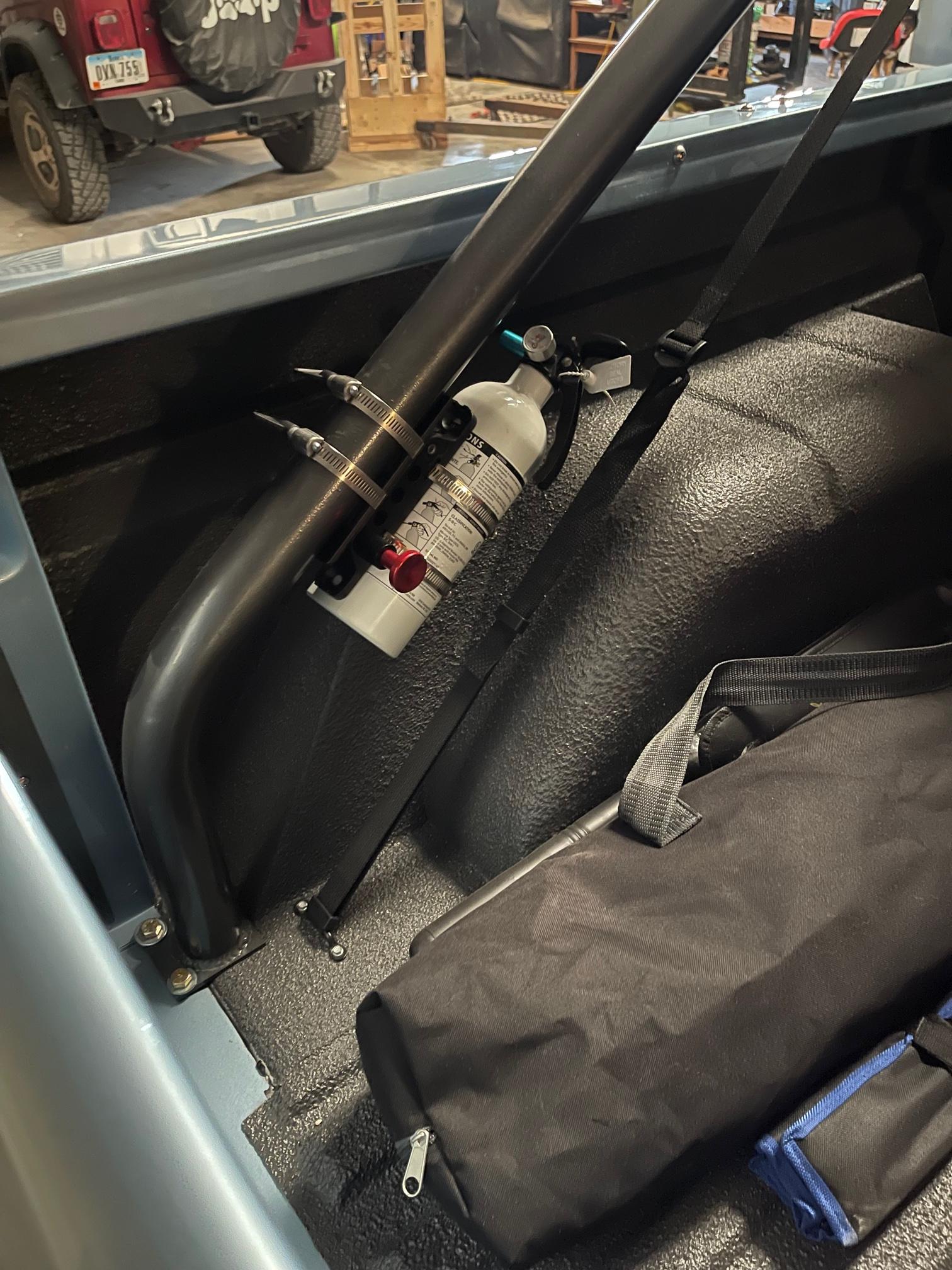 but the bronco is back and running. apparently it even picked up a couple ponies. the previous version had 460hp and 493 tq this one has 477 with a slight drop of 10 ft/pounds of tq. to 483 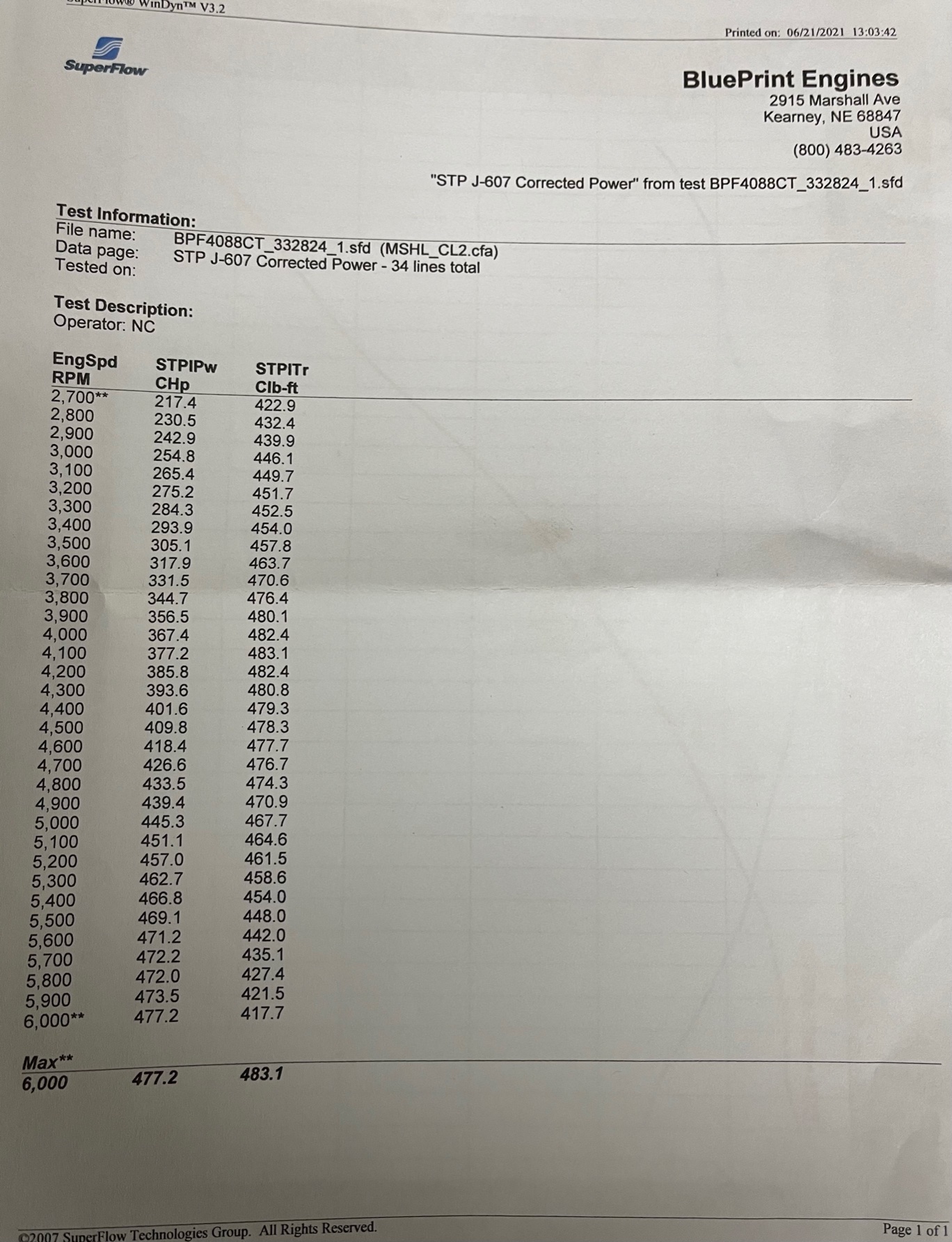 oh and I also got to meet Stacey David at a car show in kansas. he has always been my favorite tv personality. 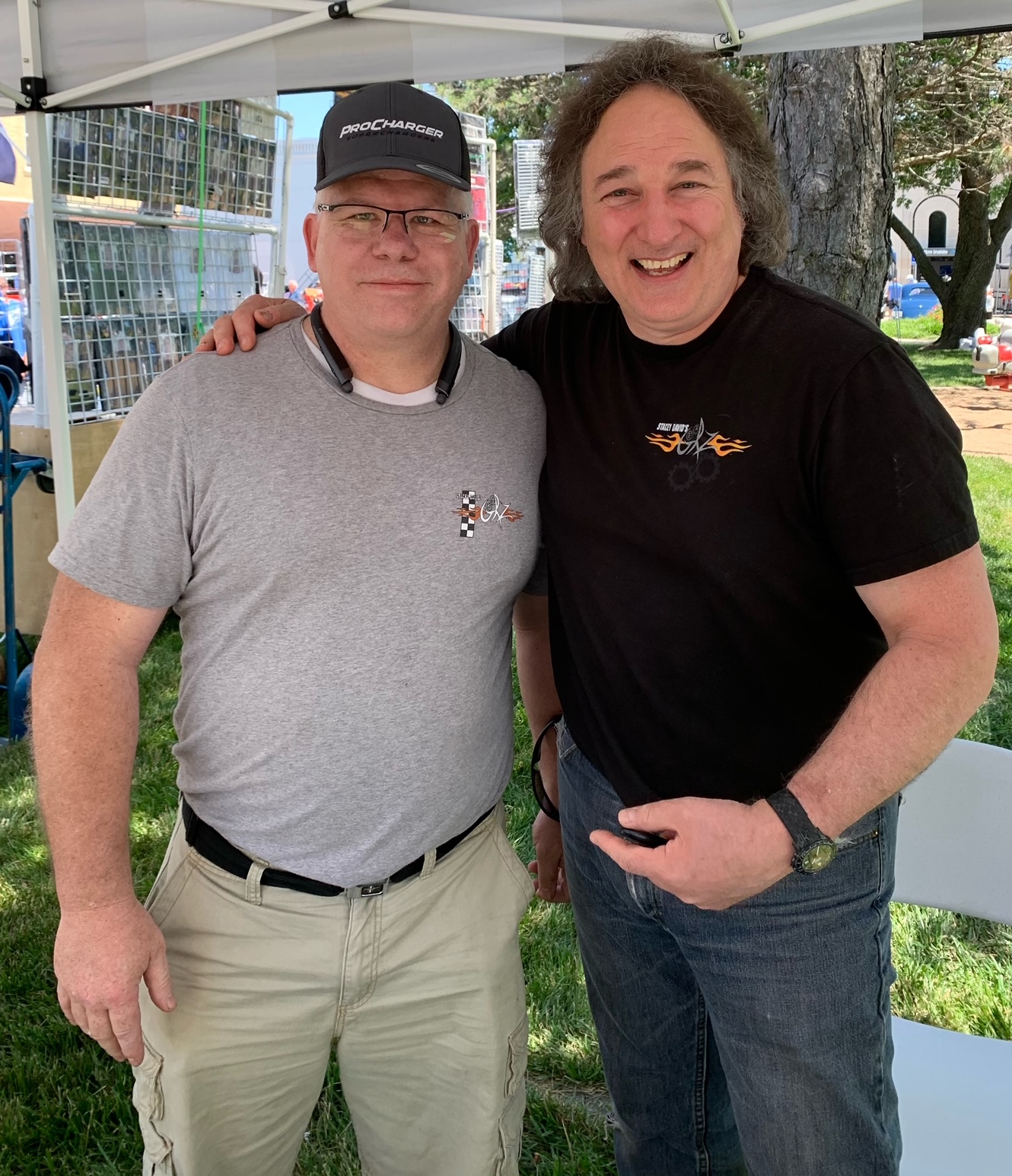 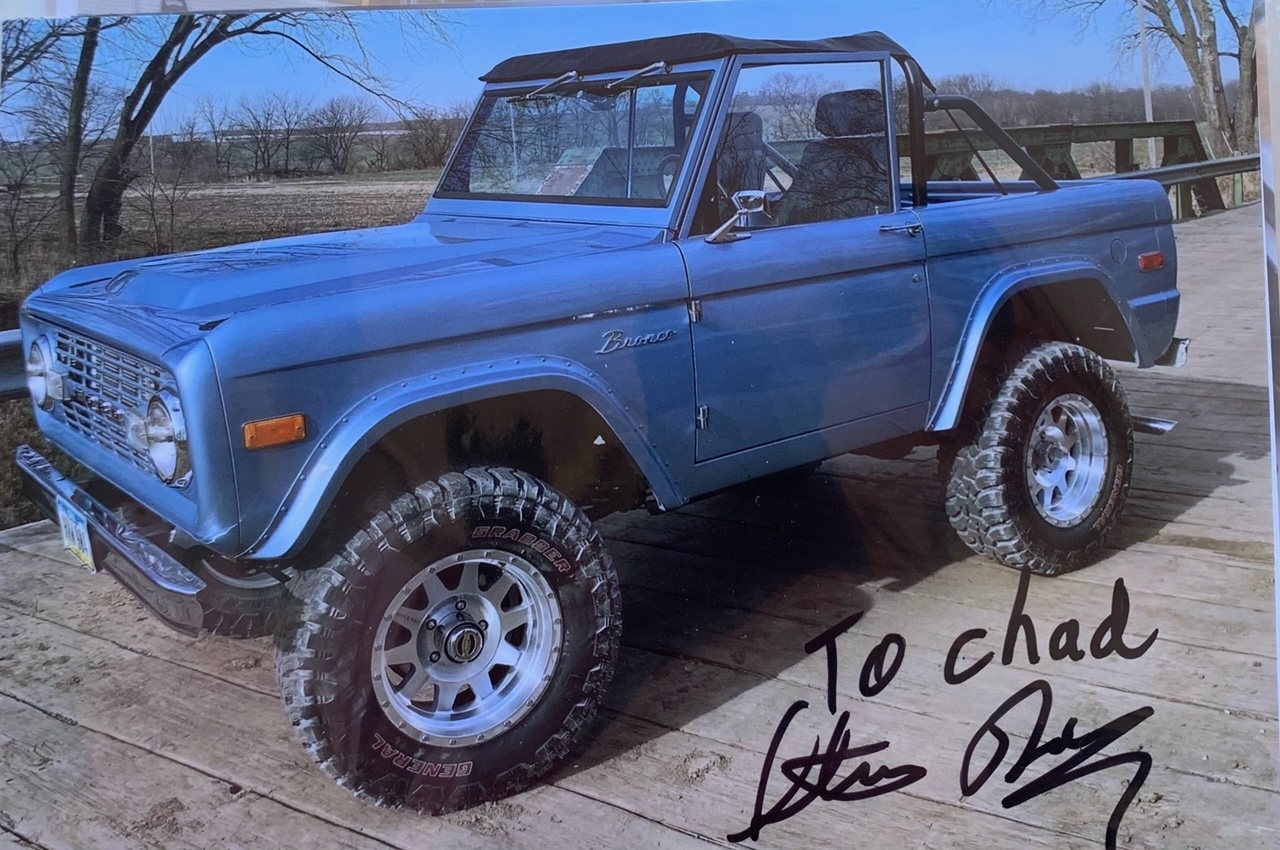 That is awesome but honestly, with your builds, he should have asked for YOUR autograph!

havasu said:
That is awesome but honestly, with your builds, he should have asked for YOUR autograph!
Click to expand...

havasu said:
That is awesome but honestly, with your builds, he should have asked for YOUR autograph!
Click to expand...

first test drive I had some issues. it seems the O2 sensor was fouled when the engine crapped out. fortunately I had a spare on hand, and so I swapped it out and took another cruise today. much better. no issues. now I just have to do some more driving and tuning until I decided it is going to be dependable. My wife took this picture while I had the truck sitting outside so I could clean the garage up. its been sitting in one place for several months now and accumulated a quite a mess in there. 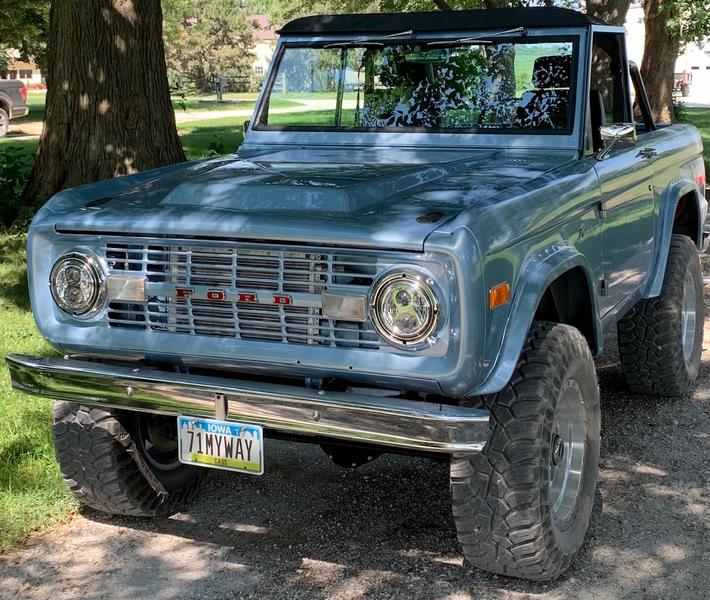 Ok, 3 successful test drives with no issues now. it seems to be running fine. a little rich, but that is at least safe. I am much happier with that than if it were running lean. I transferred the learn tables again today, and in a few days when I get a chance I will drive it again. it is a blast to drive. today, I was stopped on a hill at a stop light, and this car pulled up way too close behind me so I was concerned I would roll back and hit her or at least scare her so I over compensated a bit and gave it too much gas, and popped the clutch a little too fast, and did a little burn out on main street lol. but its all good, I didn't kill it, and it proves this big ol rig can spin them big tires if it needs to.

out and about in the bronco. just because I like this picture 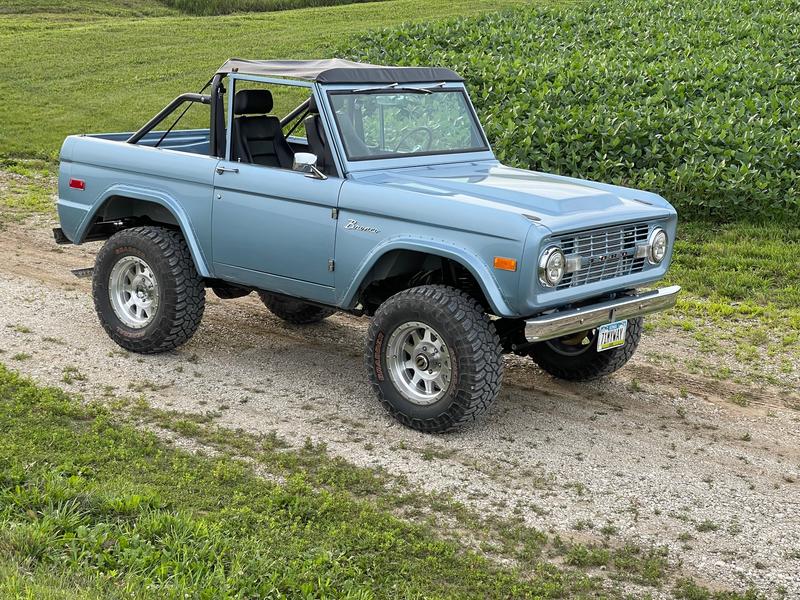 mustanggarage said:
out and about in the bronco. just because I like this picture

I can understand why.

...but I have to ask, what's next, cause we know they'll be at other project on the horizon.

oldognewtrick said:
I can understand why.

...but I have to ask, what's next, cause we know they'll be at other project on the horizon.
Click to expand...

idk yet. I have always wanted to build a cobra kit car so who knows

Maybe once I retire and move to Arizona or Utah. But a rock crawler in iowa is like a sun porch on a submarine. Might look good but won’t get much use

I just have to show off this little product lol. I saw it on an internet add. it should be a fun time for my car show next weekend.


I need a little practice driving it backwards and one handed lol.

I was able to attend a couple car shows last month. I got a couple trophys which was nice, but no first place. I know a lot of this is subjective, but when I looked at the broncos that placed higher ( I was in the modified truck class, but both vehicles that placed higher were broncos.) were not better than mine. the one had some nice detail, and was very well executed, and probably deserved the first, but naturally I thought my truck looked better lol. the second show however I cannot understand at all how that vehicle placed higher. any way I did some serious evaluating to see where I might improve.

one area I thought might be an improvement is that I have a slight bronco lean and it looks like my bumpers are crooked. I had a hard time getting the stock radius arms to lay flat when I tightened the front caps, so I decided I would address that by replacing them. 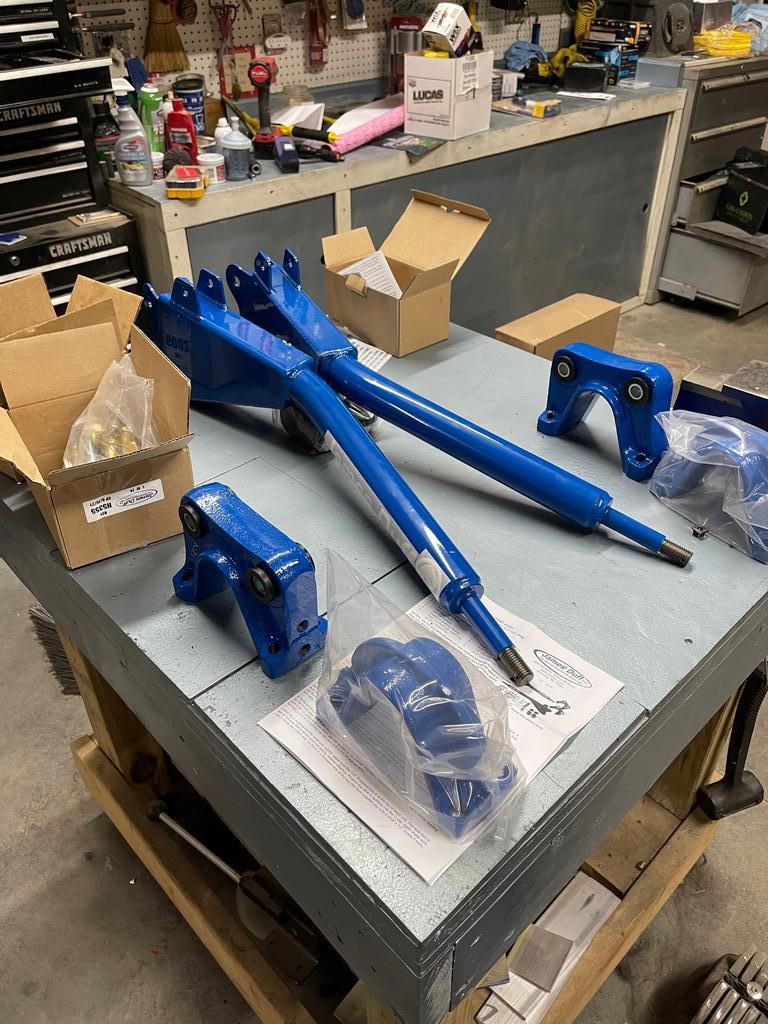 ..
new duff stock length trex arms and heavy duty spring plates going in. these things are BEEFY, and just look cool IMHO. also My tires rub a bit if I turn them too tight, so these will improve my turning radius as well. Then I will make sure everything is square and level when I am done.

at some point I will put a hard top on it I suppose, but I really like driving it with the bikini top and I don't relish the idea of putting a hard top and having to drill holes in the bed top and possibly scratch up the bed rails so it doesn't look as good when I take it off. I am still just undecided on that I guess. I know the hard top always looks better to the judges, but ultimately enjoying driving the truck is way more important than winning car shows. 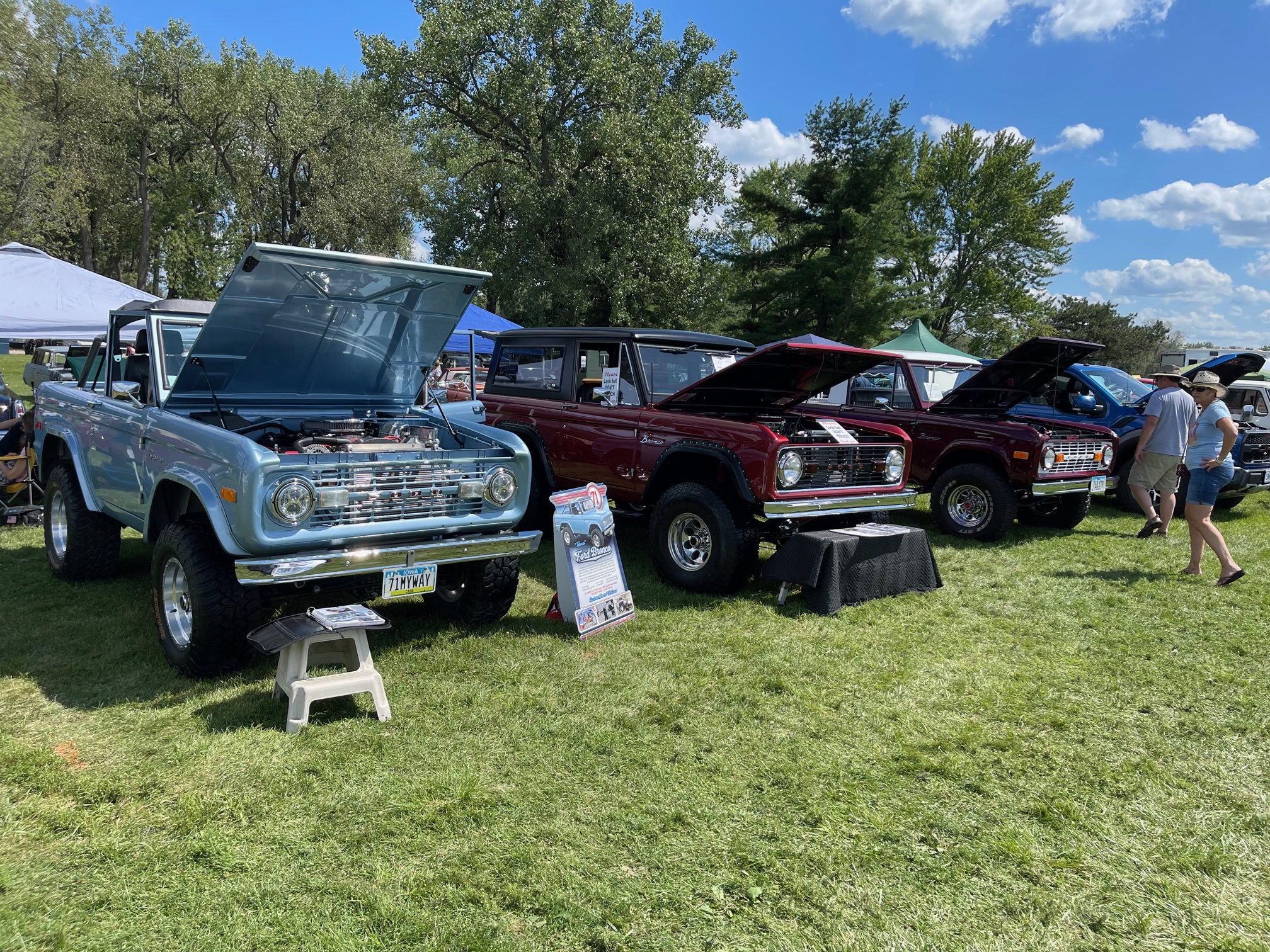 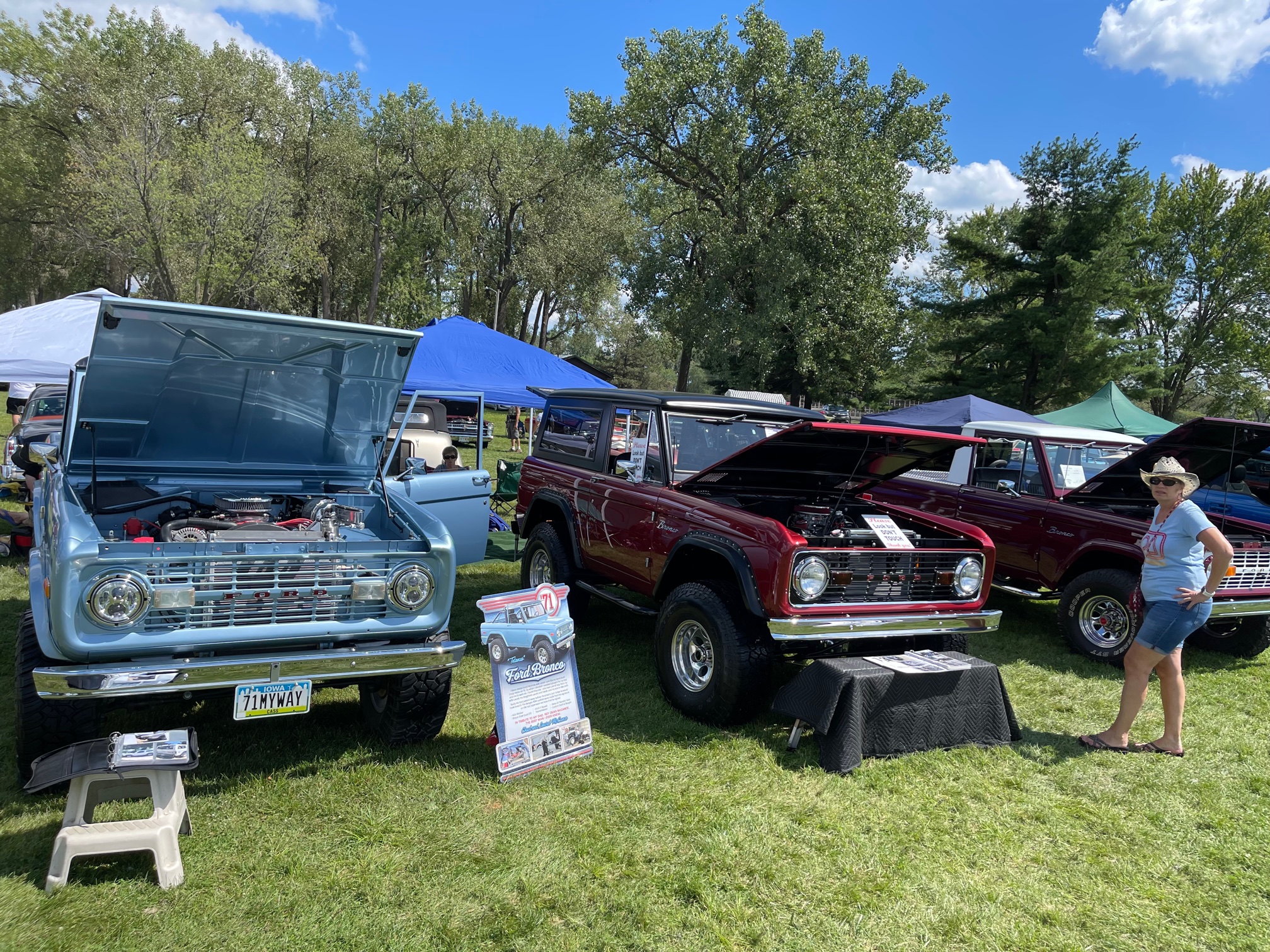 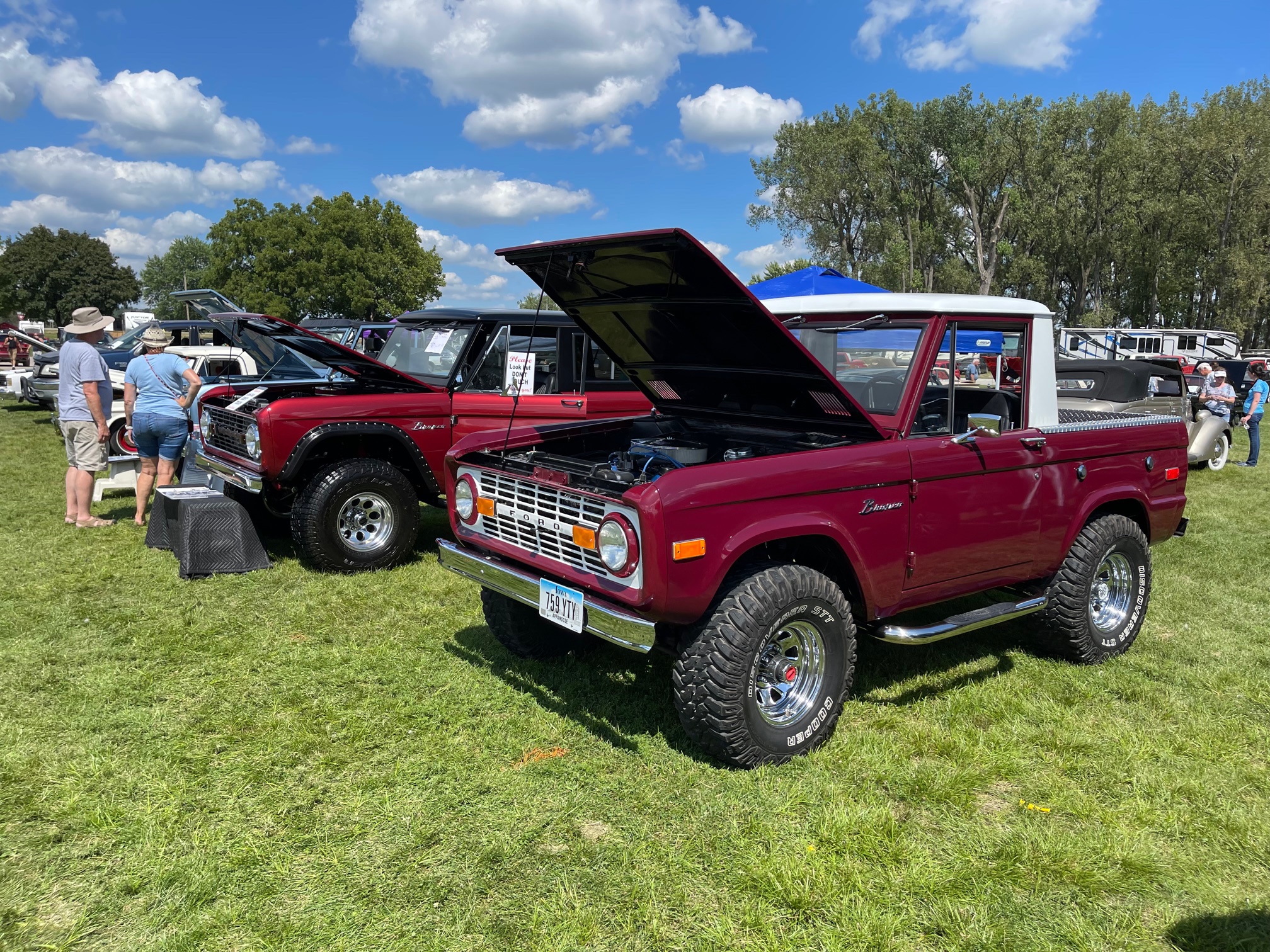