'Tragedy': St. Louis officer dies after being shot by gunman

A St. Louis police officer who was a “hero” to his family died Sunday after being shot in the head by a barricaded gunman on the city's south side, authorities said. Officer Tamarris L. Bohannon, 29, had been with the department for 3 1/2 years. A second officer who was shot in the leg was treated 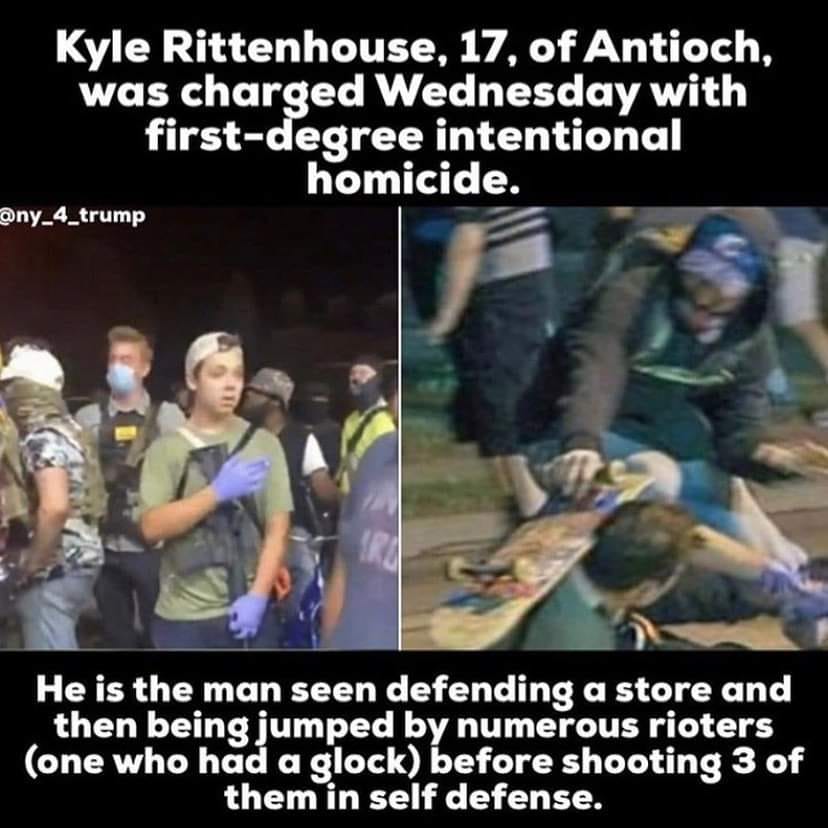 I like this, but seems too good to be true.

There are countries in Africa, Italy, India where Gates and his vaccines are not welcome. In Africa, he provided a vaccine that made women and young girls sterile. He should be charged with crimes to humanity. And, he was a friend of Epstein and visited pedofile island with ol Billary. His names on the flight logs.

People don't realize he was only the face of Microsoft. Paul Allen was the brains. 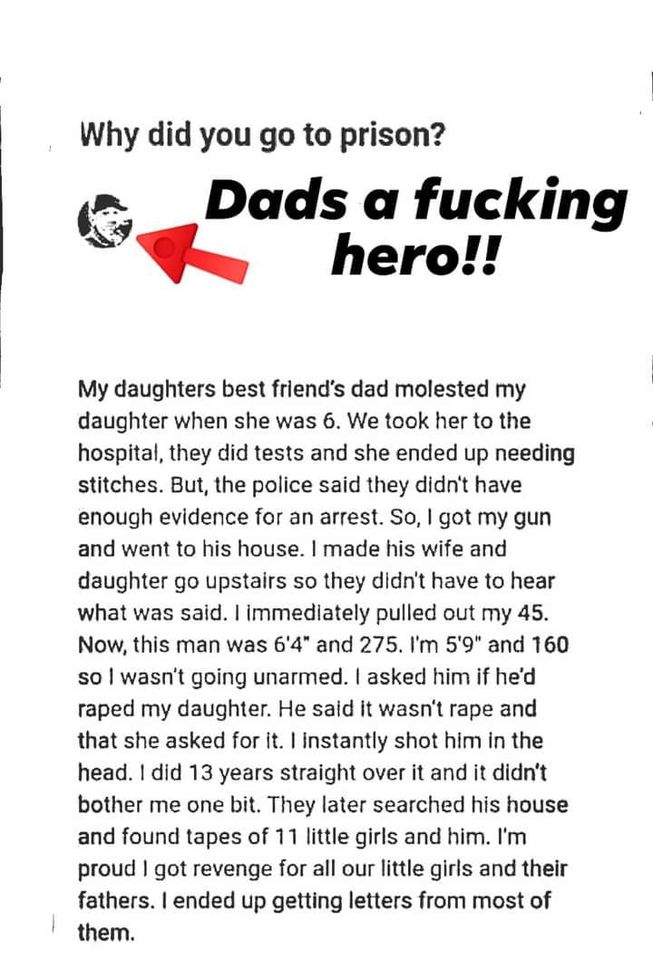 Rusty,I can't express how things like this disgusts me. I'd gladly do 13 years for stopping any pervert abusing a child. Sadly, we hear crap like this all to often, once is too much.

He’s calling this a political prosecution.

The lawyer of Kyle Rittenhouse, a 17-year old involved in a shooting incident with left-wing rioters in Kenosha, Wisconsin, broke down his client’s argument of self-defense, explaining new details of the incident in which two rioters were shot and killed. Rittenhouse has been charged with first-degree murder for the shooting of three rioters in Kenosha earlier this week, two of whom survived.

“This was not a serious investigation,” Pierce said in a statement released Friday. “Rather, after learning Kyle may have had conservative political viewpoints, they immediately saw him as a convenient target who they could use as a scapegoat to distract from the Jacob Blake shooting and the government’s abject failure to ensure basic law and order to citizens.”

Pierce described Rittenhouse’s account of events. First, the 17-year old Illinois native was present at an auto body in Kenosha with a group of armed citizens, seeking to prevent looting, property, and destruction of the community the rioters had engaged in on previous nights. A mob of rioters arrived and insulted the armed group.

Later, Rittenhouse was administering medical aid to rioters and citizens injured in the night’s events, when he was recognized the group of rioters who had arrived at the auto body shop earlier. Rittenhouse is recounting being aggressively attacked by the group of rioters, including Jacob Rosenbaum, whom he shot in self defense.

The latest court documents also reveal that an unknown gunman began firing shots before Rittenhouse did. Rittenhouse then attempted to flee, only to be pursued by a group of rioters. He tripped and fell on the street, and as a group of leftist rioters- one of whom was armed with a pistol- came upon him- he shot two more men. One died.

“Another attacker struck Kyle from behind as he fled down the street,” Pierce’s statement said. “Kyle turned as the mob pressed in on him and he fell to the ground. One attacker kicked Kyle on the ground while he was on the ground. Yet another bashed him over the head with a skateboard.”

The man who was shot and survived reportedly went on to claim that he wished he had killed Rittenhouse immediately, raising serious questions about his claims to be the victim of aggression on the part of the 17-year old teen.

“Several rioters tried to disarm Kyle. In fear for his life and concerned the crowd would either continue to shoot at him or even use his own weapon against him, Kyle had no choice but to fire multiple rounds towards his immediate attackers, striking two, including one, armed attacker,” the attorney’s statement continued. “The rest of the mob began to disperse upon hearing the additional gunshots.”

Both of the men who were shot and killed in the incident were convicted felons, and Rosenbaum had spent more than a decade in prison in Arizona for a sex crime against a minor.

Rittenhouse’s argument of self defense is indeed pressing, and Kenosha might face the prospect of renewed left-wing violent riots should authorities be forced to drop charges against the young man.


It's clear that Milwaukee is just up the road from Kenosha. Last week the DNC had their convention in Milwaukee. Suddenly there is an incident in this state with a democrat governor and a city controlled by democrats the week of the RNC convention with coordinated demonstrations in several other cities... And wall to wall MSM coverage?

A black criminal is shot then this kid is charged with murder in a clear case of self defense???

This entire situation is as honest as Cnn's reporting. 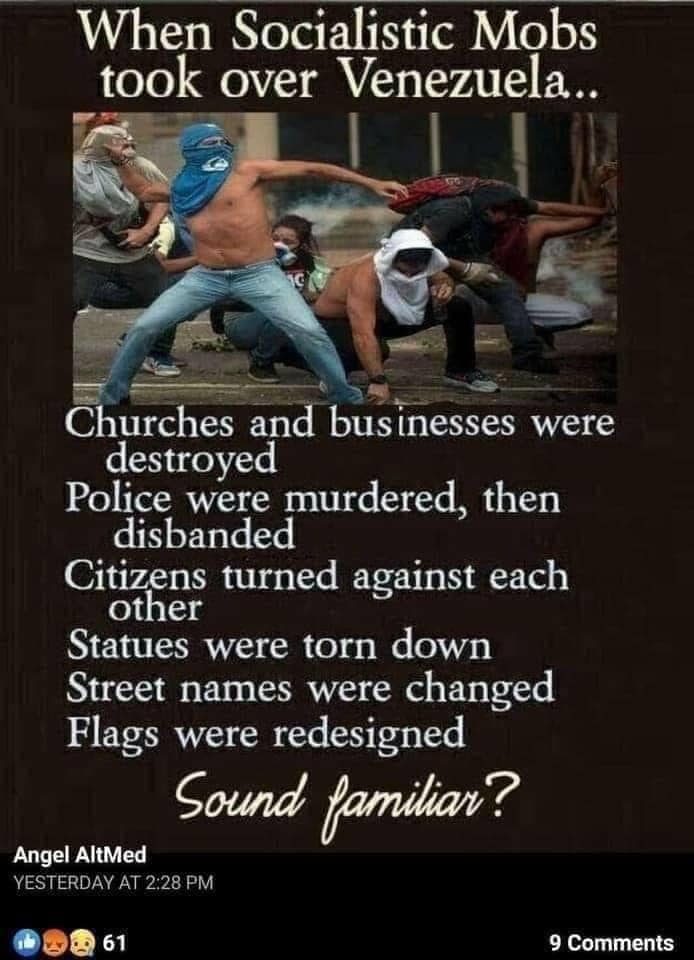 Sadly it sounds all to familiar.

Many people are under the false impression our form of government is a democracy, or representative democracy. This is of course completely untrue. The Founders were extremely knowledgeable about the issue of democracy and feared a democracy as much as a monarchy. They understood that the only entity that can take away the people's freedom is their own government, either by being too weak to protect them from external threats or by becoming too powerful and taking over every ...aspect of life.
They knew very well the meaning of the word "democracy", and the history of democracies; and they were deliberately doing everything in their power to prevent having a democracy.
In a Republic, the sovereignty resides with the people themselves. In a Republic, one may act on his own or through his representatives when he chooses to solve a problem. The people have no obligation to the government; instead, the government is a servant of the people, and obliged to its owner, We the People. Many politicians have lost sight of that fact.
A Constitutional Republic has some similarities to democracy in that it uses democratic processes to elect representatives and pass new laws, etc. The critical difference lies in the fact that a Constitutional Republic has a Constitution that limits the powers of the government. It also spells out how the government is structured, creating checks on its power and balancing power between the different branches.
The goal of a Constitutional Republic was to avoid the dangerous extreme of tyranny but what exists in America today is a far cry from the Constitutional Republic our forefathers brought forth.

So, Kamala says that the first thing on her agenda as vice president will be to enforce a nation wide government mandate buy back program of all semiautomatic firearms. Cold dead hands, bitch!

Floorist said:
So, Kamala says that the first thing on her agenda as vice president will be to enforce a nation wide government mandate buy back program of all semiautomatic firearms. Cold dead hands, bitch!
Click to expand...

She has to be elected first.

I'm afraid so, no matter who is elected.

Just saying guys: Prior to 1983, social security was not taxable. In 1983, Joe Biden voted in favor of taxing 50% of social security and it passed.
In 1993, Jo...e Biden doubled down and was the deciding vote in raising the percentage taxed on social security from 50% to 85%.
Joe Biden is not a friend to working folks and certainly not to retirees. His voting record on social security over the years is one slap in the face to retirees after another.
Now he wants to tax our 401k's and IRA's (it's on page 78 of the Dems' platform) and he also wants to introduce a 3% annual tax on our homes.
The record of Joe Biden shows he never misses an opportunity to raise a tax or introduce a tax to hurt the middle class and retirees.